‘My Child Is Cutting’: Understanding Self-Harm 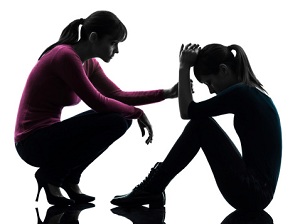 Cutting is the physical expression of hidden mental pain. Children may begin cutting or engaging in other forms of self-harm when their mental pain reaches a level that they can no longer deal with. While some children may find positive ways of coping with such pain, others seek negative coping methods including self-harm or drug use. Mental pain can be the result of built-up stress, past traumatic events, hurt feelings, rejection by peers, abandonment by significant others, or other life stressors.

Is My Child Just Trying to Get Attention?

If your child cuts in places that you can see and does not try to hide their wounds, then it is likely that, consciously or subconsciously, they are trying to let you know they are in pain. If they cut, or threaten to cut, in front of you, then they are likely crying for help. If your child has been hiding their cuts for a long period of time and has not told anyone about it, then they are likely trying to deal with their pain privately and are not seeking attention.

Why Do Children Cut?

This behavior, while it may appear to have no benefit, may actually provide several means to cope. I know what you are thinking: cutting hurts, right? Not for the cutter; for them, it actually releases pain. It allows the person who cuts to express how they are feeling on the inside by letting it outside. The chemical reactions that go on when people cut themselves make the behavior addictive. Once the person who cuts is used to dealing with pain in this way, it is hard for them to choose alternative coping methods. When a child who cuts becomes upset, they may go to the behavior as automatically as a person with alcoholism would turn to drinking to deal with a stressful day.

What Not to Do

It is important not to label self-harming behavior as “bad” or tell your child that they are doing something “wrong.” This kind of reaction will only make the child feel ashamed and desire to cut more to get rid of those negative feelings. Telling your child, “Just stop it,” is just as ineffective. Tell your child that you understand they are going through some difficult things, and that you want to find a way to help them.

Often when we ask teens, “What’s wrong?” they will invariably respond, “Nothing.” Many teens have a hard time opening up, especially to their parents. This is partially because it’s just not “cool,” or because they have a hard time bringing up certain topics our of fear that they will be misunderstood or get in trouble. It is important that they have someone who they are comfortable talking to, whether it is a family member, a friend, or a therapist. When looking for a therapist, it is important to find one whom your child will feel comfortable with so that your child can learn to release their pain in a healthy way.

Resources for Parents and Children