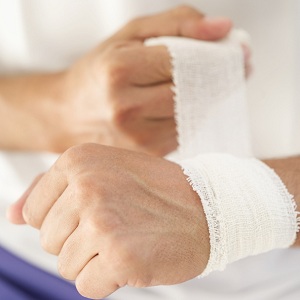 Cutting is the most common form of deliberate self-harm, and may co-occur with other self-injurious behaviors such as skin-burning, hair-pulling, and anorexia. People who cut themselves may cut their skin with razors, pointed metal, or other sharp objects. Cutting is not typically an attempt at suicide or long-term self-harm. Rather, it is an immediate reaction to stress that provides release for the person who cuts. However, chronic cutting can lead to serious health problems such as infection, disease transmission, and blood loss. People who cut themselves may accidentally sever a vein or artery, which can be life-threatening.

Is Cutting a Mental Illness?

Cutting is not listed in the DSM-IV as a mental health diagnosis, but it may be related to other impulse control conditions such as pyromania (obsession with fires), kleptomania (persistent stealing), and/or pathological gambling. The DSM-IV lists self-injurious behavior as a symptom of stereotypic movement disorder, which is often diagnosed along with autism and mental retardation. Self-harm can also be a symptom of borderline personality (BPD) as well as factitious disorders, which occur when a person fakes an illness or believes he/she has an illness he/she does not actually have. People who cut themselves may also suffer from depression, anxiety, post-traumatic stress, obsessive-compulsive disorder, and other stress-related conditions. Cutting is more prevalent among women, particularly during puberty.

Non-suicidal self-injury is a proposed mental health diagnosis for the forthcoming DSM-V. The proposal for this diagnosis requires at least two of the following symptoms:

Outpatient therapy using a variety of methods, particularly cognitive behavioral therapy, can be highly effective at teaching people more effective skills for coping with stress. However, cutting is a behavior that tends to escalate to more severe and more frequent cutting over time. People who have been cutting for an extended period of time may require inpatient treatment. Inpatient treatment ensures that the person who cuts cannot harm his or herself. Inpatient treatment generally also provides group therapy, individual therapy, and, when necessary, psychotropic medication to help mitigate the psychological factors that contribute to cutting.