Prisoners in the Home: How Agoraphobia Can Radically Alter Life 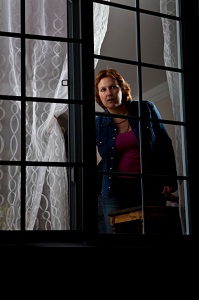 Food Network chef Paula Deen is known for her bubbly personality, so many fans were shocked when she explained in her biography that she had agoraphobia for 20 years. Deen is hardly the only celebrity to experience this potentially debilitating condition, however. Kim Basinger and Woody Allen also reportedly have experienced it, and the father of modern psychiatry himself—Sigmund Freud—may have struggled with the issue as a young man.

In an increasingly busy, crowded, and connected world, anxiety can be overwhelming even for famous people, and agoraphobia will affect about 1.4 percent of the U.S. population at some point, with 40% of cases reported being “severe,” according to the National Institute of Mental Health.

What Is It?
Agoraphobia means “fear of the marketplace,” and is commonly associated with a shut-in lifestyle and social avoidance. However, agoraphobia is distinct from social phobia and characterized by a chronic fear of feeling anxiety or panic in a place where one is unable to escape or get help. For this reason, many people with agoraphobia are hesitant to leave their homes, unwilling to go out alone, or visit only familiar locations. Some people with the condition experience panic, generalized anxiety, and other issues classified as anxiety disorders.

Although everyone experiences anxiety in unfamiliar or social settings from time to time, people with agoraphobia experience overwhelming anxiety and panic on a regular basis. They might feel dizzy, restless, short of breath, or confused in unfamiliar settings. Agoraphobics are often fearful of feeling out of control, and the physical symptoms of anxiety can exacerbate this fear.

What Causes It?
Agoraphobia is typically a side effect of panic disorder. People who have had panic attacks in public settings may fear that they’ll have another panic attack and grow increasingly fearful of going out in public. Sometimes agoraphobia is caused by other circumstances, such as a traumatic event in a public place, social anxiety, or other mental health conditions that cause anxiety and panic. The disorder may be caused by a combination of genetic and environmental factors. Children of parents with panic disorder are more likely to develop agoraphobia; this could be due to either genetics or parental modeling.

How Is It Treated?
Because people with agoraphobia are often terrified of having panic attacks, one of the most important steps in treatment is giving the person a sense of control over his or her tendency to panic. Relaxation techniques can help many people regain a sense of control. Medication is also highly effective. Anti-anxiety medications and antidepressants can also help people with agoraphobia.

Sometimes agoraphobia causes so much fear that people refuse to leave their homes. People with severe agoraphobia sometimes need several months of progressive desensitization to fearful settings. For example, a person might start by walking outside, graduate to getting in the car, progress to driving to a parking lot, and ultimately master going to the grocery store. Most people with agoraphobia undergo some form of psychotherapy. Cognitive behavioral therapy can be especially helpful, and some people with the issue benefit from group therapy. Group members often share coping strategies and can help an agoraphobic feel less isolated; the group setting itself can also serve as a form of desensitization to unfamiliar people and settings.