3 Tips to Help Your Relationship Survive an Emotional Affair 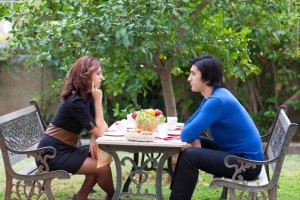 I define an emotional affair as a relationship in which one or both parties are involved in another significant relationship where there is emotional intimacy, sexual chemistry, and romantic feelings, without the relationship having been consummated.

Frequently in emotional affairs, the partner who didn’t have the affair experiences the same degree of betrayal and breach of trust as he or she would if a spouse had a physical affair. At times, an emotional affair can feel even more damaging because someone else has met the partner’s emotional needs.

If you or your partner has had an emotional affair, your relationship can most certainly survive and perhaps even become even closer than it was before the affair.

Here are some tips to get you back on track:

Tip 1: Be willing to look at the affair in the context of your relationship.

Emotional affairs don’t occur in a vacuum. If one person is looking outside the relationship to get emotional needs met, it may be likely that person’s needs aren’t being met within the primary relationship. Be willing to honestly consider what had been going on in your significant relationship prior to the beginning of the affair.

“Joanne” and “Jeff,” both teachers at an international school, recently came to see me for therapy because Jeff had an emotional affair with Eileen, another teacher at the school. When Eileen was in the process of separating from her husband, Jeff had become her confidant, and the relationship deepened from there.

When Joanne found out about the affair, she was furious, hurt, and felt out of control. She made going to therapy a condition of continuing the relationship. As we began to work together, it was revealed that Joanne had given birth to the couple’s first child a year ago. Since that time, Jeff reported feeling left out and uncared for as Joanne had been preoccupied with the baby’s needs. He was missing the easy companionship and enjoyable sex they had before. However, he never told this to Joanne, and she had no way of knowing how Jeff was feeling.

Here, the context of the relationship was the birth of the couple’s first child and Jeff’s feelings of isolation and exclusion when Joanne’s attention was diverted to their baby. Because he didn’t share this with Joanne, his emotional needs went unmet within their relationship. Once this came out in therapy, Joanne was able to acknowledge Jeff’s feelings, and together they came up with strategies for Joanne to meet Jeff’s emotional needs and vice versa.

Tip 2: Talk about your feelings and needs with your partner without judgment or blame.

This is often easier said than done when strong feelings are present. Accusations can be flung, which rarely help couples resolve anything.

When I work with couples, I teach a communication model called nonviolent communication (NVC), or compassionate communication as I prefer to call it. Using this model, couples learn how to identify and express their feelings and needs to each other without blame, then to make a request of their partner, which can be answered yes or no. I find when people take responsibility for their own feelings and needs and communicate them directly to their partners, they can be heard in a non-defensive way because there is no judgment involved.

It is a very simple model that looks like this:

In Jeff and Joanne’s case, after the sentence in the third category of the model (needs), I would ask, “Would you be willing to talk with me more about this without blaming me so I can better understand what you mean?” This puts the whole conversation in a different light and can elicit a very different response than when I’m simply told, “You don’t care about me.”

When an emotional affair has occurred in a relationship, it’s essential that both partners learn to express delicate and vulnerable feelings without judgment so they can get past the accusation phase and arrive at some solutions.

Tip 3: Be open to coming up with new strategies to solve the underlying problem.

In Joanne and Jeff’s case, the underlying problem was that, since the birth of their son, Jeff had felt excluded and hurt by what he perceived to be Joanne’s inattentiveness. Because Jeff didn’t want to feel more vulnerable, he didn’t express his feelings to Joanne. They first needed to identify the problem and then communicate their feelings and needs to each other.

I find when people take responsibility for their own feelings and needs and communicate them directly to their partners, they can be heard in a non-defensive way because there is no judgment involved.This paved the way for them to strategize about effective solutions. Jeff might have said, “When I come home from work and tell you about my day and you don’t listen, I feel hurt and dismissed because I have a need to be heard. Would you be willing to tell me when would be a good time for us to talk if you’re busy with the baby?”

Joanne, for her part, would have heard it was important to Jeff to talk about his day, and she may have been willing to make another time. When Jeff swallowed his feelings instead of expressing them, there was no way for Joanne to know there was a problem, so of course no solution could be reached.

Indeed, a relationship can survive an emotional affair if both partners are committed to finding a way past it. If you find this too difficult to do on your own, often just a few sessions of couples therapy can kick-start the process.