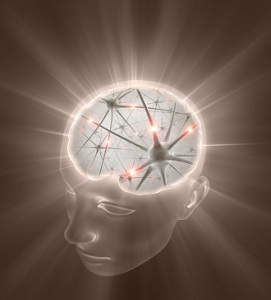 Did you know that your brain regularly fills in for missing information, much of the time without your even knowing that this is going on? It’s one of the marvelous little efficiencies of the magnificent organ beneath your skull. I refer to it as the imagination “filling in the blanks.”

Since it happens so very quickly and without conscious knowledge or intent, it can be difficult to identify this quirky capability. But illusions are a fun way to acquaint yourself with this particular hidden talent. The ability is, of course, quite adaptive in some circumstances—like when survival depends on quick decisions about fight or flight. But, like most things in life, this extraordinary tendency to “fill in the blanks” has a down side, too. Think back on the last really bad misunderstanding you experienced in a relationship with someone you care about or whose opinion you value. Dollars to doughnuts, the brain’s sneaky tendency to “fill in the blanks” was somehow involved.

In many parts of Europe, bicycles share the road and are a much greater part of daily traffic congestion than they are in a typical U.S. city. Because cyclists were involved in so many accidents, the British government undertook a public safety campaign. They developed a series of ads designed to make people aware of the information they miss as part of the stimulus overload that is so integrally woven into the fabric of modern urban living. One of the advertisements developed as part of this campaign asks viewers to test their awareness by counting the number of times a basketball is passed from one team member to another. Most viewers get the count right but miss the “moonwalking bear.” The point is, of course, that we all miss a whole lot of information much of the time because our brains are busy “filling in the blanks” with information extrapolated from expectations.

One of the really interesting aspects of this incredible capacity for making up missing information is that it usually comes with a great subjective sense of certainty, and when we act on that certainty we can get ourselves into trouble—by sideswiping a cyclist we just didn’t see but were quite certain we had checked all the mirrors and blind spots, or by accusing a lover, spouse, friend, or child and reacting without first inquiring and getting all the relevant details.

Another important function of the brain’s awesome capacity to fill in the unknowns with what is expected is the placebo effect. The placebo effect happens when a chemically inert substance has a therapeutic effect because the person expects it to. Most medications, even ones well documented to have powerful chemical effects on the body or in the brain, owe some of their potency to the power of expectancy. Studies using functional magnetic resonance imaging (pictures of the brain at work) demonstrate that the placebo effect is powerful because the brain actually reacts to the expectation with the very same neurochemical changes that would happen if the active drug were given. Some proportion of the effectiveness of the meds we take on a regular basis like over-the-counter pain killers, or even caffeine and alcohol, have the effect they have because we expect them to. Researchers have the brain pictures to prove it. Amazing isn’t it?

Once you decide to tame your brain’s wild tendencies to “fill in the blanks,” you’ll start noticing, without even trying, times when you do it. And every time you do catch yourself “filling in the blanks,” you can silently congratulate yourself on your increasing awareness. Just as it will be impossible for you to look at the video clip again without seeing the moonwalking bear, it will become more and more difficult for you to imagine you really know what you don’t—because you’ll be increasingly aware of your brain’s tricky tendencies. Awareness precedes change, after all.