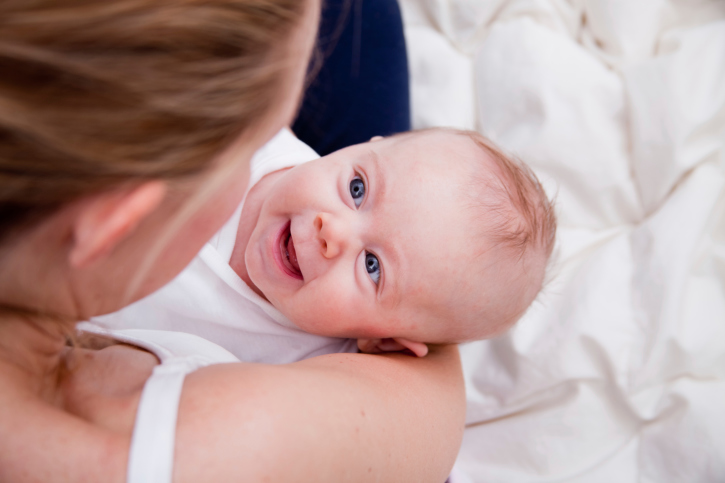 Ask any parent which sex is more verbal, and you’ll likely get a confident assertion that girls are just better with language. Pop psychology tells us that this is a fundamental difference between men and women, but new research sheds light on how this phenomenon could actually be a product of parenting and environment. According to a study just published in Pediatrics, mothers may spend more time talking to girls than they do talking to boys.

The frequency with which a parent talks to his or her child is a major predictor of language development, with children of frequent talkers talking earlier and developing larger vocabularies more quickly. To study the effects of parent-child communications, researchers evaluated 33 late pre-term babies and their parents, ultimately amassing 3,000 hours of recordings.

Researchers found that, regardless of a baby’s sex, mothers talked to their infants more frequently than fathers. While dads only respond to an infant’s cooing and babbling 27% to 30% of the time, moms respond 88% to 94% of the time. Unsurprisingly, then, babies showed signs of preferring their mothers’ voices over their dads’ voices.

While dads responded slightly more frequently to boy babies than girl babies, the difference was not statistically significant. Mothers, however, were more likely to respond to and initiate communications with daughters than with sons. Researchers speculate that this may be because baby girls tend to engage in joint attention and make eye contact more frequently.

Previous research has suggested that a father’s degree of communicativeness has a strong effect on a child’s eventual language development. Thus the discrepancy in communication between moms and dads is a problem for boosting communication skills. Likewise, the tendency of mothers to communicate more frequently with daughters might help explain differences in vocabulary between male and female children.