I Said I Was Sorry, So Why Isn’t That Enough? 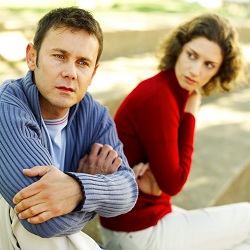 I can’t tell you how many times I have heard this from couples during a session. Something big happens between them, like one person cheated, the offending party apologizes but the difficulty continues and the person who said sorry wonders why. The person who got hurt wants to feel better. The person who has apologized becomes exasperated because he or she feels they have done everything they can. “I said I was sorry. What else do you want from me?”

Unfortunately this is frustrating for both people. Each person wants to feel better, yet both feel like something is unfinished. The person who hurt the other wants to make their partner whole, but the words “I am sorry” are just not enough. Why not? Why aren’t they enough? Why isn’t just saying I am sorry for what I have done to you enough?

If it were enough we wouldn’t be talking about what isn’t finished. And what’s not finished is the healing that the wounded feels and continues to experience. The person who got wounded is usually in some deep pain. When the person who caused the hurt says “I am sorry”, that usually lifts the guilt of the person who offended, but it doesn’t begin to heal the deep pain the offense caused. That’s why just saying “I am sorry” is not enough.

So what would be enough? What can couples do to really fix a gaping whole that exists between them? The first thing I like to help couples do is understand what happened. It’s much deeper than explaining what a person did to the other. Often couples feel that if they talk about the problem one time, it’s all done. Unfortunately many couples will delve into a difficult topic, talk about it once, and then both will feel the issue is settled. But it’s not. I know that the first conversation is crucial, but it is only a very first baby step. That’s all, just one little tiny baby step.

Think about it. You are wounded by your partner’s infidelity. You are devastated and you don’t know if you can forgive and forget at this moment. Your world is rocked and you aren’t sure if you will even be able to go on living with this person. Now your mate sees your condition and says to you, “I love you. I am so sorry for what I have done. Will you forgive me?”

In a moment of feeling lost and alone you hear those words and they feel like medicine on a very hurt heart. Your partner says he or she is sorry, that they love you, and that they want you to forgive them. They promise they will not leave you and they deeply emphasize how truly sorry they are for hurting you. You feel so sad and lost you just want to make everything better, like it was before you were wounded. You want this so much you say with all the hope in the world, “Yes. I forgive you. I love you too.”

And for the moment you really believe you will be OK. In that one magical moment you hope you will be able to go back to the way you were and make everything the way it was before the affair, before you knew any of this.

And everything is OK for that moment. But that moment doesn’t last very long because in your mind the next image you have is of your partner with the other person. You start to wonder when he or she stopped being faithful to you and became interested in another. You start to think about times when he or she might have lied to you. You begin to wonder about the moments you might have suspected something but you brushed it aside because you believed they would never do anything like that to you. You knew in your heart they could never do anything like that to you.

You live afraid that everything you know is crumbling and you don’t know what to do. You can’t move. You live in disbelief that the one who you committed yourself to has been unfaithful. You try and bring up some of these feelings because they are eating you alive. You try and talk to your mate but when you bring up the subject he or she gets angry and says, “I already said I was sorry. What else can I do?”

Healing after a breach like infidelity takes time and work. An apology is a place to start, but that is all it does; it open the door to the next process. And that next step includes understanding what happened, for both people, and asking all the hard questions like, “Do you still want me?”

To learn more about apologies, anger, and infidelity, contact Linda Nusbaum and read Linda’s blog about couples and relationships.