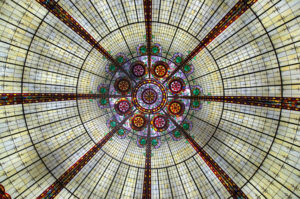 Religious obsessive compulsive disorder (OCD) is a type of OCD that causes a person obsess over spiritual fears. It often involves religious compulsions such as excessive prayer. For example, a person might worry they are going to Hell and repeat a mantra to cope with this fear. Religious OCD is also called “scrupulosity.”

Religious forms of OCD are fairly common. In the United States, a 2002 study suggested 33% of people with OCD have religious obsessions or compulsions. More religious countries such as Egypt seem to have even higher rates of scrupulosity, with up to 60% of OCD cases involving religious themes.

Religious OCD can turn religious faith, which is often a source of comfort and community, into a trigger for anxiety. The emotional pain can feel overwhelming, but scrupulosity is highly treatable. Therapy is a key component of effective treatment.

What is Religious OCD?

In religious OCD, a person has persistent negative or anxious thoughts about their spiritual life. These obsessions often interfere with daily functioning. Individuals may be unable to suppress or ignore these thoughts.

Some examples of religious obsessions include:

Compulsions are behaviors people with OCD adopt to cope with their obsessions. They are often repetitive, time-consuming activities that the person does not enjoy. When a person cannot engage in their compulsions, their anxiety may rapidly escalate. Compulsions in religious OCD may or may not have religious themes.

Examples of religious compulsions include:

Unlike typical religious activity, spiritual compulsions are often motivated more by fear than faith. In many cases, people recognize that indulging in a compulsion won’t prevent their fears from becoming reality. Yet they may believe these compulsions are the only way to alleviate their anxiety.

What is the Difference Between Scrupulosity and Typical Religious Behavior?

Scrupulosity can affect members of any religious faith. The problem is anxiety, not religion. In general, religious behavior is considered compulsive if it doesn’t fit the cultural context. For example, a person may do cleansing rituals every day when their religion only mandates these rituals every week. Different communities of the same faith can have distinct expectations about religious behavior. The same actions may be typical in one place but considered excessive in another.

Another hallmark of religious OCD is that it undermines a person’s quality of life. It often causes extreme anxiety, guilt, and shame. A person may engage in rituals to the extent that they neglect work, school, or family obligations.

Scrupulosity can also interfere with one’s religious practices. An individual may focus so much on rules about cleanliness that they neglect other rituals. They may avoid attending religious ceremonies for fear of accidentally committing blasphemy. They may also believe other members of the faith do not take scripture seriously enough and feel isolated from their community as a result.

Like other types of OCD, the causes of religious OCD are not fully understood. Research suggests brains affected by OCD may have an imbalance of the neurotransmitter serotonin. This could be due to genetic factors, environmental factors, or a combination of the two. For example, a person with a family history of OCD might be more genetically vulnerable to the diagnosis. When something in the environment triggers their anxiety, OCD may appear.

A person’s obsessions may be more likely to have spiritual themes if:

It’s important to note that religion alone will not cause OCD to appear. Scrupulosity can affect members of any religious faith. The problem is anxiety, not religion. Even if a person becomes an atheist or abandons their religion, they will still have OCD (The theme of their obsessions and compulsions may change though.).

Therapy is often indispensable to the treatment of OCD. In therapy, a person can learn to manage their anxiety in ways that don’t undermine their quality of life. A therapist will not require a person to give up their faith – they only treat a person’s anxiety about said faith. Several types of therapy can be helpful in the treatment of religious OCD:

Exposure and response prevention therapy (ERP). In ERP, a person is exposed to their fear and then prevented from doing their compulsion. For example, a person may be asked to imagine that God is angry with them. Then, the therapist will help the person calm down as they experience anxiety.

ERP can help individuals learn to tolerate religious anxiety. Over time, a person can learn to accept uncertainty and feel less pressure to do their compulsions.

Cognitive behavioral therapy (CBT). This type of therapy can help with many forms of anxiety, including anxiety related to OCD. Cognitive behavioral therapy helps people detect, understand, and push back against automatic negative thoughts. For example, a Jewish person who fears they have accidentally eaten pork could be asked to assess the likelihood that meat was in their vegetarian salad.

CBT may be more helpful when one worries about concrete actions, such as saying a prayer wrong. CBT is generally less effective in addressing intangible fears, such as being destined for Hell. Due to the subjective nature of faith, debating the “logic” of religious beliefs may alienate the person in therapy.

Pastoral Counseling. Some people may find it easier to trust a therapist who shares their faith (especially when said faith is marginalized). Pastoral counseling incorporates spiritual elements such as scripture study or prayer. It can be especially helpful for people who worry that treatment means they must give up their religion.

If you need help with religious OCD, you don’t have to cope with anxious thoughts and compulsions alone. Therapy can offer rapid, lasting improvements. You can find a therapist here.