Don’t Fall Into the Trap of the “Relief Divorce” 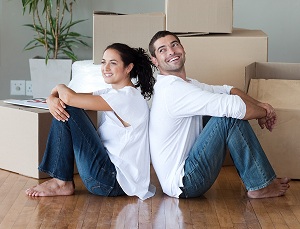 I have been in practice long enough to see many couples and families develop over the past thirty years. While there are countless stories over a full range of topics, one that greatly interests me involves divorce.

Many couples and individuals have come to counseling after divorcing 15, 20, or 25 years earlier. Most are quite happy in their current lives and marriages. Many, however, have looked back on their previous marriage with one very powerful observation:  Their original divorce did not need to happen!

What an astounding realization! Not only was I impressed by their honesty, but I was also amazed they could look back on their divorces and understand them in a completely new light.

Those two brains, in effect, operate in opposition to one another. It is a survival function that allows us to take action without having to think first. Another way to think about these two brains is that they often function inversely. When limbic activity is up, pre-frontal cortex activity is down, and vice versa.

In practical terms this means that the limbic system will inhibit an individual from thinking clearly when they are feeling intense emotions. That is why, in the middle of a heated argument, people may say and do things they wish they could take back—things which sometimes lead to divorce. The one thing that is very important to understand about the brain and conflict is that the limbic brain always wants relief. And the fact that it wants relief is not enough: it wants relief NOW! The lengths to which an individual will go to get relief can include divorce.

After a rear-view look in the mirror several years post-divorce, some couples have realized that had they known how to reduce their reactivity as a way to get relief, they may have been able to avoid a painful divorce.

The Catch-22 that comes with divorce as relief is that the divorce process, rather than decreasing reactivity, actually increases it. That is one of the reasons depression often accompanies the divorce process, especially a protracted one. Ironically, a couple may not experience the emotional relief they went down the divorce road looking for until many years later.

My purpose in cautioning against “relief divorce” is not to moralize against divorce. Clearly there are many couples for whom divorce is the viable alternative, and it may have little to do with reducing emotional reactivity.

Overall, it is important to understand the distinction between divorce as relief from intense emotional reactivity, and divorce that is not about relief of that sort. Remember: reducing emotional reactivity will allow you to think more clearly about the marriage, and also about divorce, because the pre-frontal cortex will not be inhibited by limbic activity.

Reduce emotional reactivity before you choose divorce. You won’t regret it.