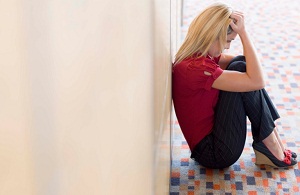 Last month we looked at why it’s important to let ourselves “wallow” in our feelings; it helps us know ourselves better and get over difficult patches faster. It also helps us to reintegrate the parts of us that had to be cut off in order not to hurt so much. Once we’re whole, we can enjoy the self-esteem that comes from knowing and respecting ourselves.

As a therapist, I often hear variations on the following from clients: “I’m sick to death of wallowing in my feelings. How do I let this go and move forward?”

Have you ever had a similar thought? Has it ever seemed to you that if you could just handle your emotions better, you wouldn’t feel so bad?

Do you sometimes consciously let yourself wallow, only to find you just feel worse? If so, you may not be wallowing constructively. Truly constructive wallowing always leads to relief.

The hardest part of wallowing is the part after the initial “w”: the allowing.

When you say you’re “wallowing,” are you allowing yourself to truly and simply just have your feelings? Are you avoiding self-criticism – avoiding kicking yourself when you’re already down?

Here are some behaviors that torpedo the healing power of wallowing:

If you are wallowing constructively, you will feel better afterward. When your unedited, no-need-for-justification feelings are allowed to be inside you without interference, they will move through you smoothly of their own accord.

What a lot of people call wallowing is really either distraction or rumination.

Distraction comes in the form of using substances like food or alcohol or drugs, or performing obsessive behaviors like exercising or worrying, having sex, shopping, cutting, reading, or even doing housework instead of sitting with your feelings and tolerating them.

Whenever we “do” instead of “be,” we run the risk of shutting the door on feelings that need us to listen to them. Sitting with, and witnessing feelings is the only constructive way to wallow.

Rumination is a kind of repetitive thinking. Instead of having our feelings about something, we think about the situation, the other person or people involved, what happened or didn’t happen, etc. in an effort to make sense of, or talk ourselves out of our feelings – instead of just having them.

We turn the situation over and over again in our minds, concocting plans designed to shield us from further harm; the problem is, we haven’t acknowledge the actual harm done so far.

True wallowing, which is constructive and healing, is what’s left after we remove all distractions and all obsessive behaviors, and all rumination in our minds. There is nothing left but to feel our feelings in our hearts. To tolerate them patiently. And to do so with compassion for ourselves, rather than judgment.

If you have a big backlog of uncomfortable feelings to feel, it will take longer for them to dissipate. Have patience with yourself during this process. You may experience waves of uncomfortable feelings off and on over time. This is normal when you have a backlog of  feelings you haven’t felt yet. Embrace each feeling in your heart as it presents itself, and know you’re doing something positive for yourself.

© Copyright 2010 by By Tina Gilbertson, MA, LPC. All Rights Reserved. Permission to publish granted to GoodTherapy.org.