Narcissism: Inside the Lonely, Envious World of the ‘Perfect Ones’ 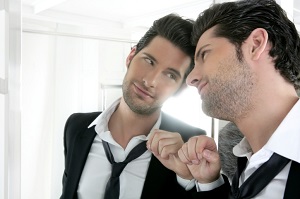 Healthy narcissism is an accurate picture of the self properly valued, without shame and without overblown estimations. But most of the time when we talk about narcissism we’re thinking about the other kind, where the person thinks he or she is perfect in every way; you are just the opposite, a total loser, and the “Perfect One” is an expert at making sure you feel that way. Now, I’m not saying this is a plot, something done on purpose. It can be unconscious, but that doesn’t make it easier to live with.

Everyone knows a Perfect One, and might even admire the person a little. Perfect Ones are always in the know, or seem to be, but what they know best is how to take the bad feelings they have about themselves and shovel them onto whoever is around and ready to accept them. They lower your feelings about yourself so they can feel better. Putting you down raises them up. And if you’re lacking in self-confidence, you’re their perfect companion.

Could that be you? If you’re self-confident and aware of your abilities, taking credit when it’s coming to you should be a pleasure. But if you lack self-confidence, accepting a compliment can be pretty hard. Instead of feeling good, you may even feel ashamed. How come? And can you do anything about it? If you sometimes react with feelings of discomfort or shame when you’ve done something really well and been told about it, you may be responding to early feelings of worthlessness that were part of faulty family situations. Maybe your parents lacked self-esteem, too, and passed that on to you, or maybe you’re related to a Perfect One who trained you to be his or her audience, or perhaps you endured bullying in school. Perfect Ones make good bullies.

It could be that when you were a kid you were subjected to the envious feelings of others, so every time someone tells you something good about yourself you don’t believe it, or you expect something bad to happen, because that’s how you’ve been trained, so you’d rather put the spotlight on someone else, and who better than a Perfect One? Perfect Ones expect all compliments to come their way. If this applies to you, try to figure out who around you might be part of the problem. You can talk to them about it, but—even better—you can talk to yourself about it, remembering that what Perfect Ones are saying has more to do with their own feelings about themselves than about you. In fact, if you listen to the negative things they say, you’ll learn a lot about their secret, shameful feelings about themselves, proving that, deep down, they know they’re not really perfect after all.

Shame and narcissism are fellow travelers, a continuum of feelings about the self. Picture a seesaw with shame on the bottom and narcissism on the top. Envy accompanies the up-and-down actions of the seesaw. Perfect Ones feel envy all the time, and process that feeling by making others feel envious so Perfect One can feel superior. Perfect Ones’ feelings of superiority go with the expectation that they are better than everybody else and deserve favorable treatment in the world. They use others to get what they want, they believe they have it coming, and when they don’t get what they think they deserve they react with intense anger, called narcissistic rage. Perfect Ones don’t see others as equals; they see others as tools. Their internal feelings about themselves are unsteady, and they have to work hard to keep feeling good.

We’ve been talking about a make-believe person called Perfect One. The use of the word “one” is important here. Think ONE. A universe of one, where Perfect Ones want YOU to love THEM, but they are not capable of loving you or anyone else back. It’s a pretty cold world when you are the only Perfect One. If you’ve spent any time with Perfect Ones, you may have felt very lonely. Inside, the Perfect Ones feel lonely too, because no one is good enough to share their world. You might feel sorry for them, but don’t let the Perfect Ones take advantage of your ability to feel for others. Perfect Ones are expert manipulators.

After you have learned the game and how it’s played, you can stop playing with Perfect Ones and find humans who aren’t perfect but play fair. You’ll have a better time all around.

Remember my image of the seesaw? Perfect One on top? Well, Perfect One will fall down with a thud when you get off the seesaw. And then you can get back on and come to a good balance with someone else.