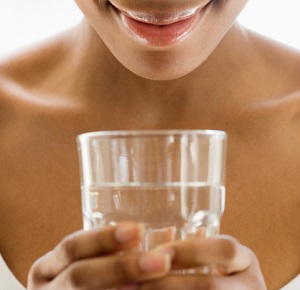 Mindfulness practices are quickly becoming an integral part of many people’s day-to-day lives, largely inspired by the belief that our thoughts and intentions have a significant impact on our overall health and well-being. Testimonies and reports are continually emerging to support the notion that rampant internal negativity may be associated with physical and psychological pain, while carefully cultivated positivity in the mental sphere is linked to improved physical and psychological wellness.

Of course, no matter the amount of personal belief and experience that testify to the power of positive thought and intention, the call for scientific evidence remains. This makes it particularly intriguing when researchers manage to validate what some might otherwise flippantly dismiss as “woo-woo.”

Since 1994, Emoto has conducted several experiments in which his team of researchers observed the effects of spoken word, prayer, music, and images on crystals of frozen water. The photographs captured in response to these stimuli revealed “beautiful crystals” forming in response to positive words and phrases, music, and “pure prayer.” Conversely, when spoken to or influenced negatively, the water molecules appeared disfigured and broken in the photographs (Emoto, 2010).

Dr. Emoto chose to focus his research on water molecules because water comprises approximately 70% of the fluids in the human body, so the connection is obvious. For years, Dr. Emoto has been publishing the results of his studies in his Messages from Water book series, and a sampling of the photographs can be seen online at masaru-emoto.net/english/water-crystal.html.

Water molecule photos are also included in Dr. Emoto’s children’s e-book The Secret Language of Water, which can be viewed and downloaded for free at emoto-peace-project.com. Available in several languages, the book intends to educate young people of the importance of water on this planet and in our bodies.

In a more recent study conducted by Dr. Masaru Emoto and colleagues, some 2,000 people in Tokyo focused long-distance positive intentions on water samples contained in “a double-steel-walled, electromagnetically shielded room” at the Institute of Noetic Sciences (IONS) in Petaluma, California (Radin, Hayssen, Emoto, and Kizu, 2006).

On November 16, 2005, Emoto led the participants “in a prayer of gratitude directed toward the water in the IONS laboratory, some 5,000 miles away” (Radin et al., 2006). They were shown digital images of the bottles of water, and the prayer lasted for approximately five minutes. The water samples were then sent to Emoto’s lab in Japan. Specific measures were taken to ensure that the water bottles were kept separate and free from outside influence, and when the contents were examined, 40 unique water molecules were photographed.

The researchers then enlisted 100 volunteers to blindly evaluate the photographs based on aesthetic appeal. Basically, they wanted to see which water molecules were perceived as beautiful and pleasing, and which ones were not. Both “treated” and untreated molecules were included.

The results reinforced the idea that “water treated with pleasant intentions” results in “more pleasing crystal shapes” than water that did not receive this treatment (Radin et al., 2006).

In 2004, Emoto’s work received a great deal of attention when his photographs of crystallized water were featured in the film What the Bleep Do We Know? And through his ongoing explorations into how our words and intentions impact water molecules, and what that means not just for human life but for the bodies of water that sustain us, Dr. Emoto has become internationally known as “the water messenger.”

The video below, which you may have seen circulating around the Internet, features another of Emoto’s experiments, in which cooked rice was placed in three separate beakers: the first container was told “thank you,” the second one was told “you’re an idiot,” and the third one was completely ignored. After 30 days, the “thank you” rice remained white and began to ferment, “giving off a strong, pleasant odor”; the “you’re an idiot” rice turned black; and the neglected rice began to rot. Poor rice!

Several videos on YouTube reflect similar results when people have tried Emoto’s experiment at home with their own supplies.

Emoto’s work sends a clear message that what we feel and say to ourselves and others has the potential to alter the very molecules surrounding us; in other words, being mindful matters!