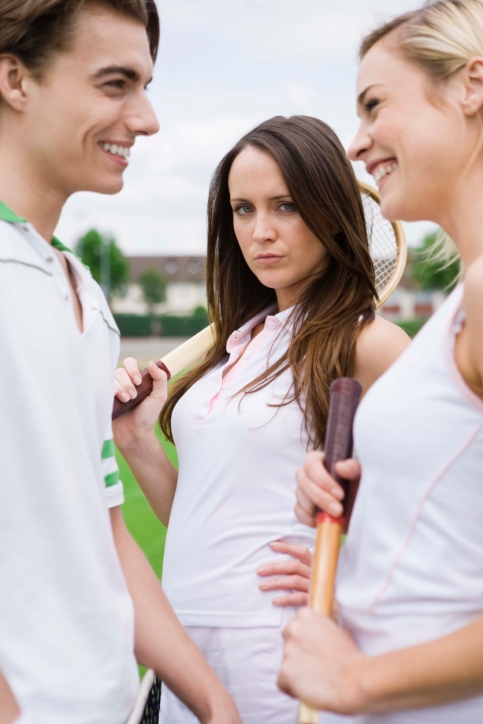 In the spectrum of human emotions, jealousy is almost certainly one of the most complex, frustrating, and uncomfortable. This cocktail of anger, sadness, suspicion, and envy can destroy relationships, cause bouts of depression and anxiety, and even lead to serious violence or—in extreme cases—homicide. While jealousy and envy are sometimes used synonymously, jealousy refers to the fear of losing someone or something you value, while envy is resentment over something you don’t have but want. Jealousy is probably a hard-wired emotion that humans have developed through evolution. Evolutionary psychologists have written extensively about the role jealousy plays in mating strategies. But even emotions with genetic underpinnings only manifest in certain environments, and there are several factors that make jealousy more likely to surface.

Fear of Being Replaced

People don’t normally experience jealousy unless they feel threatened by another person or entity. Sibling jealousy is usually caused by a child’s fear that the parents will replace him or her with a new sibling or love another sibling more. In romantic relationships, jealousy is typically triggered by a third party. The third party doesn’t have to actually pose a threat; the mere perception of a threat is enough to get the wheels of jealousy turning.

Like almost every other emotion and relationship problem, jealousy is heavily affected by individual factors. Past experience can increase a person’s likelihood of being jealous. An adult whose parents modeled jealousy may tend more toward jealousy, and a person who has been betrayed by a lover might be more prone to suspicion. Traits such as anxiety can also affect jealousy. People who tend to worry a lot are more likely to worry about losing a loved one.

Some people are more prone to jealousy than others, but virtually everyone is more jealous in an unstable or unloving relationship. After all, jealousy is centered on the fear of losing someone. If you’re unsure of your spouse’s love or your child is unclear whether you love him or her as much as a new sibling, jealousy is much more likely to become explosive. Indeed, in relationships that are already troubled, jealousy may be the final nail. Because jealousy is heavily influenced by the quality of a relationship, practicing loving communication and taking time out for one another is an excellent way to protect against severe jealousy.

The unique dynamics of a relationship can also affect jealous feelings. When there’s a mismatch in relationship styles, it can be a recipe for jealousy. Attachment plays a significant role in jealousy, and people with insecure attachment styles can be more jealous than people who are securely attached. For example, a husband who needs a lot of attention and reassurance might be more prone to jealousy if his wife tends to like her personal space. A highly social husband might make his more introverted wife jealous, particularly if she’s not used to having the large number of close relationships he has.

Jealousy is not always a negative emotion. It can alert you to a deficit in your relationship and help you become mindful of potential outside threats. After all, sometimes you really are in danger of losing your mate. But when jealousy takes over or occurs for no apparent reason, it can be highly destructive. Couples experiencing problems with jealousy may benefit from couples therapy. Other ways to minimize jealousy include: