Cheating and Concealing: An Evolutionary Perspective of Betrayal 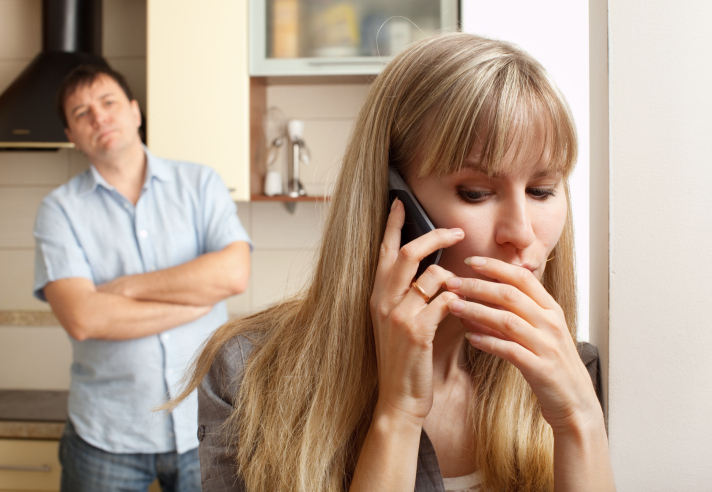 Many mental health professionals consider the three “A’s”—addiction, affairs, and abuse—sufficient reason to leave a partner. This blog addresses lower-level offenses related to the first two. While most couples can overcome low-level indiscretions in any area of the three “A’s,” when multiple indiscretions occur or the degree of severity is greater, it may be time to throw in the proverbial towel. As couples grapple with why one partner cheated or entered the depths of alcoholism or drug addiction, they need to evaluate the patterns of relating they have become used to, the interpersonal dynamics they engage in, the dances they dance, and the issues they may have brought into the relationship. One theme that consistently emerges is the degree to which couples are honest with each other. How much do they divulge? How important is it to tell the truth? Do you really need to tell your partner everything?

In Alcoholics Anonymous, we hear people say, “We are as sick as our secrets.” Family addiction therapists are fond of saying that there are no family secrets. By this, they mean that even when we believe that other family members don’t know a certain secret, that secret still has an impact on everyone in the family. If individual members don’t know the specifics of the secret, they are still impacted by it and sense or experience it unconsciously—and that can affect the whole family. I work with patients who learned in their twenties or later in life that they were adopted, that their parents were once married to an abusive spouse, or that they have a sibling they never knew, among other revelations.

I’ve also become aware of the extent to which sober and recovering clients keep things from their partners. Even in relatively healthy relationships, there appears to be a fair amount of small-scale concealment and deception, though the extent of the infractions often is debatable. Several clients I see—coincidentally or not, all men—have reported engaging in exercise cheating. What’s that, you ask? Exercise cheating, essentially, is exercising and not telling your partner, or not revealing how much or what type of exercise one engages in.

Even I have been guilty of cheating on my wife. A few years back, as I was setting up my new Philadelphia office, I decided to buy a painting by an artist that my wife and I liked. My wife studies art history, and I thought she would appreciate that I was acquiring a painting by a Temple University master’s graduate. And while $650 is no small chunk of change for this sort of thing, I thought it was a great investment for my new office. I thought I would surprise her with the purchase. Instead, she was angry. “You art cheated!” she cried as soon as she saw it. She was genuinely annoyed that I had not consulted with her on a purchase of this magnitude. Whether I was right or wrong in purchasing something of that cost for my office was not the issue. What is important is my partner’s perceived betrayal and need for dialogue, negotiation, and consultation.

Many hypothesize that cheating behavior is related to vestiges of evolutionary differences among men and women. While this theory would be a gross generalization in today’s society, it suggests that it was more adaptive in an evolutionary way for men to cheat than for women to cheat. Assuming evolution prioritizes any behavior designed to propagate one’s genes, men may benefit from spreading their genes in a quantity-focused way. Women, meanwhile, have long gestation and nursing periods which may temporarily move them to be more devoted and committed to their offspring. Thus, they benefit from finding a better quality mate. In other words, women are biologically, or at least evolutionarily, better at taking care of their young, especially in early developmental stages. Most people agree, and research appears to back this up, that most men think about sex more frequently than women do. While both men and women want to find a quality mate, men may be more inclined to seek quantity than women are.

According to this evolutionary perspective, neither men nor women want their mates to cheat because a mate who cheats may have more offspring, which in turn means that mate is less likely to care for the original partner’s offspring and more likely to leave and care for his or her new offspring. It is in a man’s evolutionarily best interest not to alert his partner to the fact he is cheating. Any behavior—sexual or not—that results in producing healthy offspring is powerfully reinforced to the extent that it aids in propagating an individual’s genes. So, infidelity and hiding that infidelity through the processes of natural selection and evolution can become more prevalent over time.

A fair question would be whether cheating sexually is related at all to other types of cheating. Just because a partner doesn’t tell a mate where he or she is going and what he or she is doing doesn’t mean that an affair is happening, and it doesn’t mean that a tendency toward nonmonogamous behavior is the cause of disingenuous behavior in the context of the couple. In fact, the point of this article is to lessen the impact of minor violations of the honesty contract. Putting small indiscretions of dishonesty in an evolutionary context may allow couples to see this behavior as resulting from the natural instincts of the animals we are. What is important, though, is that as humans we have the capacity to dialogue. This is precisely what can keep our natural tendencies in check. Speaking honestly to our partners about our needs and wants, while often challenging, is the hallmark of a healthy relationship.

Smoking gun example: A client once described an interaction he had with his wife after she busted him for smoking pot in the garage. She smelled the smoke even as he vehemently denied he had been smoking marijuana. When she found his metal pipe, still warm, he stuck to his story. “The lie just came out,” he explained later. “I was so used to it.” He eventually was able to talk about why he lied and why he has often felt the need to cover things up. It had nothing to do with infidelity, but was instead linked to his history of struggling to feel good about himself, to be able to ask for help with his emotions feelings and thoughts and to find purpose and meaning in his life. Beginning to discuss these issues with his wife and therapist helped him think more carefully about his tendency to lie and cover his tracks. He became better at advocating for himself and negotiating with his partner in a more healthy way.

Honesty is important in recovery from any mental health issue, whether it be depression, anxiety, or stress, but it is especially important in recovery from addiction and substance use because of the strong tendencies to hide, deny, and minimize one’s behaviors. Seeing an addiction psychologist or other specialist is an important first step in understanding one’s self. It is in this therapeutic relationship that a quick foundation can be set for the basis of an honest dialogue with one’s partner, friends, and family. Rebuilding relationships with those we love and who love us is essential to recovery from addiction. Understanding ourselves and the reasons we might cheat and lie can enable us to pause just long enough to ask ourselves whether we really want to go ahead with the behavior or if we might be able to rely on those close to us to help us through the difficult times. Honest communication with the people in our lives is the only way we can become and stay sober or make meaningful and lasting changes in our lives.