How Jealousy and Depression Led Me to Spy on My Husband

November 9, 2014 • By Share Your Story contribution by Paula Green 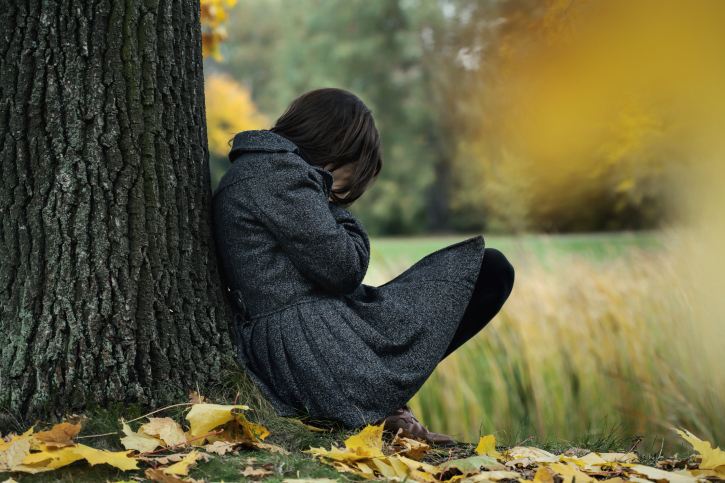 The matter of trust is always a burning issue, especially nowadays when technology has taken over the bigger part of our lives. With the development of social media, we forgot how to talk to each other, and replaced our real life communication with calls, chats, and videos. We think we have the company of friends and lovers, but when the Internet goes dark, we face the terrifying reality—our virtual worlds are just an excuse to avoid complete solitude.

One of the biggest problems we face while using the Internet is jealousy. It starts with simple comments, “likes,” and then progresses to messages and even calls. If there were a way to check your better half, would you do it? Does online chatting constitute cheating?

Many stories start with flowers and chocolate, mine was no different. I met my husband in college, where both of us were studying programming. It is not news that there are few girls in that field, and I was lucky to catch the best boy in our group.

Soon after graduation, we got married and moved to New York. Things were going pretty well except that we hardly saw each other. He joined an international company and was constantly away. Quite a common story, you might say, but it wasn’t just distance that set us apart—there was technology.

I could not stop thinking of what he was doing and with whom he was talking when he was not with me. One time I caught him chatting with another woman, and I was foolish enough to start spying on him. In reality, though, I had neither time nor money to hire a private detective to follow him to Japan, so I bought a spying pen, which indicated his GPS location and recorded his surroundings, but in practical terms, it was nothing but a waste of money.  I didn’t know how to make my husband carry it with him all the time; moreover, I couldn’t hear anything because of the wind. Eventually, the battery charge got so low that I had to ditch that idea.

Next, I took my friend’s advice to use a mobile spying app. It was quite a simple thing to use: I downloaded the file and installed it on his iPhone, then I could track his messages, calls, his GPS location. I became obsessed, lost sleep, could hardly work, and was even admitted to a hospital.

You probably want to know if he was actually cheating. There was a girl—his coworker—I saw them taking pictures together, which he deleted before coming home. I could see those pics through my spying app; I tracked his messages, and I knew how many times he called her, but I could not prove that they were involved in an affair.

Spending all my money on shrinks, I got lost completely. I couldn’t sleep and one of the shrinks I went to told me I had neurosis—symptoms of anxiety, depression, and obsessive behavior. He told me to visit another doctor who gave me antidepressants. It’s easy to become addicted to those pills, though, and they don’t really cure the real problem. I felt better, but I knew that I felt so only because of the drugs, so I stopped using them, and then it all changed into a nightmare.

There was a time when I couldn’t even work, and my mom had to take me to my parents’ house where I stayed for a whole week while my husband was in Indonesia. I knew one thing: I needed help, real help that surprisingly came from no one else but my husband. He got back and called my mother. He pestered me for information, as he couldn’t understand the reason for my behavior. When suddenly I cracked and told him everything, he just started crying. He confessed that there was a crush and that on one occasion he had almost taken it too far. Nevertheless, I was the reason he was interested in her. My depression led me to neglect self-care, and I had no interest in making love or spending romantic time together. He thought there was no more love left from me, and he was also stressed because he was under risk of getting fired. I pushed him off and abandoned him when he needed me most. I was so wrapped up with thoughts of jealousy, I thought only about myself, when the person I loved the most was devastated.

I relied on technology to reveal the truth, when all I had to do was to talk with him upfront.  Eventually, we figured out a way to stay together—he quit his job and found a new one in the city. Surprisingly, we needed no recovery therapy, our main medicine was honesty and love.

Although my story has a happy ending, I really think that love and technology do not match. Because it is true, as the author Frank Crane wrote, “You may be deceived if you trust too much, but you will live in torment if you don’t trust anyone.”

Paula Green is an IT professional who currently works as a writer for a college writing service.