How Being a Pleaser May Increase Your Risk of Infidelity 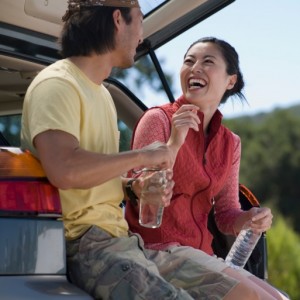 Cheating is an emotionally charged topic. When we hear of an affair, our immediate response can feel like a punch in the stomach. We empathize with what the betrayed partner must be going through. For most of us, in those moments, we feel aligned to that person because we either know from experience or can imagine what she or he must be feeling after such a revelation.

We may become triggered, wondering if our own relationship is vulnerable to an affair, and how we would get through such a traumatic experience. We may even decide we no longer want to associate with the partner who cheated, and cut off all ties or distance ourselves.

No relationship is immune to infidelity. Research has shown that oftentimes partners are not looking for affairs, but they gradually slide into one because the opportunity presents itself. Some relationships may be more susceptible than others, because of factors such as keeping separate social circles or having demanding careers that require travel or excessive time away from home.

An often-overlooked risk factor making a relationship vulnerable to infidelity is the presence of one or both partners having a “people pleasing” personality type.

What does people-pleasing have to do with cheating?

Pleasers tend to share a commonly held set of assumptions:

In a relationship of any kind, these assumptions translate into behavior and feelings that look like this:

Pleasers often end up in places they do not want to be: they marry the person their parents adore; they propose because that is the next logical step; they have babies because their spouse is ready for parenthood. Pleasers may stay in a relationship because that is what they feel they are supposed to do.

They live their lives by assumptions, and in the end do not really have a strong sense of who they are and what they want. They are often in a lot of emotional pain. Though they may feel hurt, resentment, and confusion, they do not actively acknowledge it within themselves.

Over time, the pleaser disappears in the relationship. They have been forsaken for the “should”. And when both partners are not showing up and representing themselves as two distinct individuals the, relationship can become ripe for an affair.

Which Partner Is at Risk for Cheating?

Well, that depends. The pleaser may cheat because she is extremely unhappy but doesn’t have the skills and sense of worth to speak up. Instead of using her voice to express her needs to the other partner, her pain may lead her into the arms of an attentive or exciting other. This may come after an awakening or realization that she is discontent or that her current partner is not a match for her after all.

Maybe the pleaser begins to assert himself, but the tracks are too deeply grooved and the other partner is not responsive to the pleasing partner’s new protests. He may be shut down and shut out more firmly than before, so any attempt to correct the imbalance leads him to the conclusion that he is stuck in an unchanging, painful dynamic. Turning away from his partner to fulfill his needs is much more appealing.

It can also be the non-pleasing partner who, over time, gets bored with the lack of challenge or resistance to being in relationship with a pleaser. There can be little push back or debate with a pleaser. The pleaser becomes invisible because who he or she is as a person is not adequately represented in the relationship.

The non-pleasing partner may feel suffocated by the needs and symbiotic pull (enmeshment) of the pleaser and can’t get enough time alone. An affair can be an act of defiance—a declaration of “I need some space.”

While there is no failsafe measure to protect against a breach of the marital walls, moving toward truth telling and away from pleasing will certainly help to minimize some of the risk. When both partners show up every day sharing the truth of who they really are, they create a strong, secure attachment to one another.

They acknowledge and are able to respond to each other’s separate and distinct needs. And this affirmation of both partners within the relationship keeps some of the holes filled so they are less likely to be filled outside the marriage.