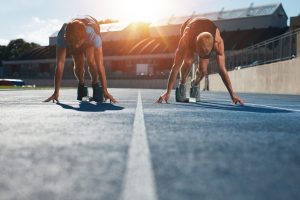 Are Male Athletes More Likely to Choke Under Pressure?

To assess the effects of competitive pressure on male and female athletes, researchers looked at data on the first sets of the four 2010 Grand Slam tournaments. The analysis included 4,127 women’s games and 4,153 men’s games. The tournaments are highly competitive, and athletes can win large sums of money. This can create intense pressure for participants.

Though the study points toward future research possibilities on the effects of competitive pressure, its authors advise caution in interpreting the results. The study only looked at tennis players, so it is premature to apply the results to other competitive situations. Because the study only explored competition between people of the same sex, it is not clear how competition between people of an opposite sex may differ. In most contexts, men and women must compete with each other and with non-binary people, not just with the same sex.

Job interviews, educational opportunities, rivalries with neighbors and coworkers, and countless other everyday events can cause competitive pressure. Choking under pressure not only affects access to jobs and educational opportunities; it can also affect mental health. Understanding the effects of competitive pressure may help therapists better prepare people in therapy for high-stakes events.

Regardless of who someone may be competing against, competition can have both positive and negative effects on mental health. Those who have healthy levels of competitiveness are also likely to have positive self-esteem, but competition that becomes obsessive can increase stress, anxiety, and feelings of inadequacy.