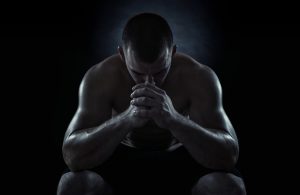 Olympic athletes train for years to reach their common goal: a medal at the Olympics. They push their bodies to the edge of human capability to stand on a podium and collect a gold, silver, or bronze medal. While competing in the Olympic Games requires immense physical ability, the pressure often adds up to a heavy psychological load for athletes, both at the games and beyond.

Sport psychology is not new in the mental health field, but it has gained greater attention, interest, and acceptance in recent decades. The discipline of sport psychology has an inexact placement at the intersection of athletic training and personal counseling, varying widely depending on the sport and the practitioner.

The focus is often directed at how different aspects of competition affect the player or team’s overall mental health. While the well-being of the athlete is the ultimate aim, sport psychologists also promote mental toughness to optimize athletic achievement. At the international games, and with a massive global audience watching, another crucial hurdle faces the sport psychologist: Olympic-sized performance anxiety.

What Is Sport Psychology?

It started with a simple observation by a psychologist named Norman Triplett in 1898. A pioneer in the field of social psychology, he noticed that cyclists typically performed better when in the presence of a competitor. Recognizing cues like that has helped psychologists find not just the best ways to enhance athletic performance, but also to understand the distinct pressures faced by elite athletes. Concerns such as not wanting to disappoint a coach or teammates and striving to meet the expectations of fans can be paired against personal issues, stress, and self-doubt.

Today, sport psychologists work with athletes at all levels to improve their performance, manage performance-related stress and anxiety, help them handle any mental challenges associated with injuries, and encourage athletes to enjoy what they do. Research has shown there is value in tapping into a player’s love for the game. Such efforts can help keep an athlete motivated against grueling training regimens and physical exertion.

Sport psychologists work with their athletes by encouraging them to set high but realistic goals, developing skills to maintain concentration and focus, and by helping them manage stress through controlled breathing and positive self-talk. A common technique used by sport and fitness psychologists to enhance athletic performance is visualization. For example, basketball players often spend practice time not just physically shooting hoops, but also visualizing the basketball dropping into the hoop successfully. Similarly, archers may paint a mental picture of the arrow finding its target, while divers might imagine themselves going into the pool in perfect form with minimal splash.

Sport psychologists also teach athletes to deal effectively with people, both within the sport and in general. They commonly help coaches and family members of athletes as well, watching out for the general well-being of the “team,” even in individual competitions. Particular techniques, including stress-reducing methods, can help those surrounding the athlete to more effectively offer support.

A sport psychologist may be one of the only people in a professional athlete’s life who doesn’t look at the scoreboard. While family members, coaches, and spectators might instinctively or involuntarily judge an athlete based on performance, the sport psychologist is likely looking beyond the outcome with a focus on giving support in the face of defeat and offering perspective in the thrill of victory.

Athletes worldwide appear to be embracing sport psychologists as a crucial member of the team. Olympian Elana Meyers won a silver medal at the 2014 Winter Olympics in Sochi and took bronze at the 2010 Winter Olympics in Vancouver as part of the U.S. Olympic Bobsled Team. Throughout her career, she says her coaches and sports psychologist have worked side by side.

“Recently, we have all been working together to improve my driving, even though we’re not on ice,” Meyers said. “My coach interacts to ensure that the work we’re doing on driving is accurate and appropriate. My sport psychologist interacts with my coach to ensure that my mental environment is appropriate around times of training and competition.”

On a more global scale, Meyers sees the field of sport psychology expanding, in part thanks to the international games.

While individual competitions may not have changed too drastically in the last century, the arenas in which today’s athletes perform have. The 2012 Summer Olympics in London set new records as the most-watched TV event in U.S. history, drawing nearly 220 million American viewers across the two-week games in just one country.

Today’s Olympic athletes must compete in this glaring international spotlight, surrounded by increased technical distractions and sometimes weighed down by the expectations of fans and fellow athletes. The size and scale of modern Olympic Games make the services of a sport psychologist even more valuable, no matter the event.

Today, sport psychologists work with athletes at all levels to improve their performance, manage performance-related stress and anxiety, help them handle any mental challenges associated with injuries, and encourage athletes to enjoy what they do.How sport psychologists operate professionally can vary. Some consult or maintain private practices, while others are on staff with professional teams, leagues, or individual athletes. Their services are now commonly accepted and employed in major sports organizations worldwide, ranging from the National Football League and Major League Baseball in the U.S to Brazil’s World Cup Team.

During the 2016 Summer Olympics in Rio, even more so than in past competitions, sport psychology received individual attention at the games. As media outlets tell the back stories of Olympic stars like gymnast Simone Biles and swimmer Michael Phelps, they seek new angles that include the athletes’ mental toughness and resilience required to win their medals.

Occasionally, sport psychologists may find their own merit judged against an athlete’s performance, as was the case with Brazil’s 2014 World Cup defeat. The coach’s pre-game support for the team psychologist quickly became scrutinized following their loss to Germany.

Yet, those in the field of sport psychology might actually be better equipped to face such challenges through their own personal experiences. Those practicing sports psychology today—who often have backgrounds as former athletes or active sports enthusiasts—have first-hand awareness of the sharp edges of doubt and defeat and the internal drive for athletic greatness.