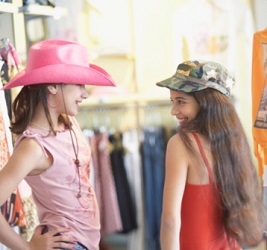 An article published in Focus magazine states that, “In recent decades, researchers have increasingly appreciated the multifaceted contributions to the etiology and pathogenesis of eating disorders, including genetic, familial, developmental, and psychosocial influences” (Yager, et al., 2005).

In an article co-written by Bulik and Suzanne Mazzeo, Associate Professor of Counseling Psychology at Virginia Commonwealth University the authors posit that, “Ultimately, the elucidation of causal models for eating disorders will no doubt include various types of genetic and environmental interplay…Clinicians and researchers must become educated in the nuances of GxE (genetic and environmental) interplay and avoid perpetuating purely environmental or purely genetic conceptualizations of eating disorder etiology” (2009).

This speaks to the role of the family system, as one of several environmental factors, in potentially providing an eating-disorder-friendly habitat, so to speak, for a child whose genetic makeup renders her vulnerable to developing an eating disorder. Mazzeo and Bulik note that, “For decades, parenting styles have been unrightfully blamed for causing eating disorders. Considerable care must be taken when discussing GxE interplay not to convey the message that somehow parenting is to blame for these pernicious illnesses. Conversely, a purely genetic explanation should not be taken to mean that parents need not examine their parenting style and the influence it might have on children” (2009). They go on to say that the child’s genetically influenced constitution also shapes how that child will react to a particular parenting style. For example, a child with the genetic constitution for developing an eating disorder might be much more aware of physical appearance than his/her differently gened siblings. The child may ask for more feedback about his/her appearance, thus generating more comments about appearance from his/her parents (and others) than the other siblings receive.

So the interplay of genetics and environment is complex, and begins early on with environmental factors, such as parenting. Other environmental factors include life events and media influence. Authors John Briere and Catherine Scott report on how “Research suggests that individuals with eating disorders (EDs) are relatively likely to have been abused or neglected as children, or to have been victimized in adolescence or adulthood. These experiences, in turn, are often associated with a range of psychological symptoms, as well as, in some cases, a more severe or complex ED presentation” (2007).

It’s important to recognize that difficult life events, from a major move to physical or sexual abuse (which have been shown to be risk factors for bulimia), are experienced differently by a person who tolerates distress poorly, and a person who tolerates distress well. The ability to tolerate distress is, in part, genetically influenced, but also has to do with how distress tolerance was modeled and taught in the person’s family.

With regard to cultural notions about ideal body size and shape, everyone is exposed to media images of ultra-thin ideals, but not everyone develops an eating disorder. These things will affect someone with the “right” genetic markers differently from someone who does not have them. But how parents and other elder family members handle the media imagery, and whether they share the idealization of ultra-thin bodies, also influences the child.

Suffice it to say, eating disorders are complex, and their causes are equally complex. No one factor accounts for the formation of an eating disorder. Eating disorders are best understood via a biopsychosocial model, which takes into account genetics, our personal selves (thoughts, feelings and behaviors) and the familial and social contexts in which we grow up and live. When it comes to treating disordered eating, the latter two must be addressed. We can’t change our genetic makeup, but we can change the way we think, the way we manage our emotions, the way we behave, and, in adulthood, the circumstances in which we live. And we can avail ourselves of therapies that focus on healing the damage done by earlier experiences.