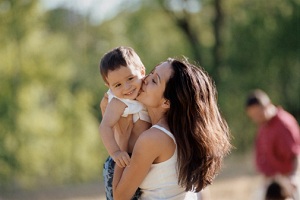 The nature vs. nurture debate is the scientific, cultural, and philosophical debate about whether human culture, behavior, and personality are caused primarily by nature or nurture.

Nature is often defined in this debate as genetic or hormone-based behaviors, traits, and dispositions, while nurture is most commonly defined as environment, culture, and experience.

History of the Nature vs. Nurture Debate

The nature vs. nurture debate is an ongoing one. The modern debate often centers around the effect genes have on human disposition as opposed to the influences that early environment and development might have. As culture changes, so have popular understandings of this debate. In the 1960s, for example, psychologists—and pop culture in general—were heavily influenced by the theories of behaviorism. This theory led to the widespread belief that human personality is primarily influenced by experience and training. It was during this time that researcher John Money attempted to demonstrate that gender was a product of early conditioning by raising a boy, whose circumcision was botched, as a girl. His experiment seemed successful in the beginning but ultimately was a failure.

In recent years, the nature side of the debate has gained more attention, with headlines trumpeting newly discovered genes for virtually every behavior. Evolutionary psychology and sociobiology are two branches of science that attempt to demonstrate the evolutionary roots of human behavior. Books authored by scientists in these fields are extremely popular. However, critics still emphasize the important role of early childhood environment, development, and cultural influences. Many have argued that sociobiology and evolutionary psychology are deterministic pseudosciences.

Several studies done on twins separated shortly after birth reveal that genetics do play a significant role in the development of certain personality characteristics, sexual orientation, and religiosity. The bond between identical twins was also suggested to be genetic by these studies, as 80% of identical twins reported that they felt closer to their twin than they did to their closest friends, despite having just met their twin.

One study also suggested that genetics play a significant role in the development of personality: Environment had little effect on personality when twins were raised together, though it did have an effect when they were raised apart.

Another area where researchers may place more emphasis on nature than on nurture is that of addictions. Research indicates that alcohol addiction, for example, can recur in families and that certain genes may influence how alcohol tastes and the way it affects the body.

Certain genetic factors may create a predisposition for a particular illness, but the probability that a person develops that illness depends in part on environment (nurture). When a genetic variant indicates the possibility of developing a mental illness, this information can be used to direct positive (nurturing) behavior in such a way that the condition may not develop or may develop with less severity.

James Fallon, a neuroscientist who discovered that he had the brain of a psychopath, has stated that he believes growing up in a nurturing and loving environment helped him become a successful adult and may have been effective at preventing him from fully developing traits of psychopathy. Similarly, the basis for addiction is not thought to be entirely genetic by most researchers. Environmental aspects, such as the habits of parents, friends, or a partner, might also be significant factors contributing to the development of an addiction. A genetic predisposition to alcohol addiction may be far more significant if one is routinely exposed to binge drinking or other forms of alcohol abuse and comes to view this as normal alcohol use.

Nature vs. Nurture in Therapy 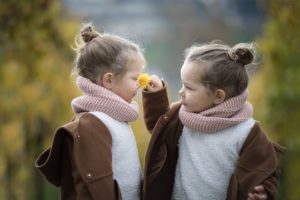 For example, using medication to treat a mental health issue may be a primarily nature-based approach, while behavioral therapy, which stems from behaviorist psychology, addresses a person’s upbringing and conditioning and takes a nurture-based point of view. Meanwhile, therapies based in cognitive psychology may be more likely to address the effects of both nature and nurture.

It is possible to find a therapist who takes a more nature or nurture-based approach to treatment. However, many therapists today consider multiple factors, including how the nature and nurture work together, during a session.

How Nature and Nurture Interact

Many scientists eschew the nature vs. nurture debate by emphasizing “nature x nurture.” In this schema, nature and nurture are inseparable. Some genes, for example, cannot be activated without certain environmental inputs. The development of vision is a prime example of this. People cannot develop normal sight without exposure to visual stimuli.

Similarly, some environmental inputs may be undermined by some genes. For example, some lifelong smokers may never experience smoking-related illnesses, and this may be due at least in part to their genes. Environmental toxins may alter the expression of some genes, and genes for many behaviors presumed to have a genetic basis have not been discovered.

Developmental systems theory, among other theories, presents an alternative to this debate that does not require scientists to advocate either for nature or nurture.