5 Relationship Clichés That May Help You and Your Partner 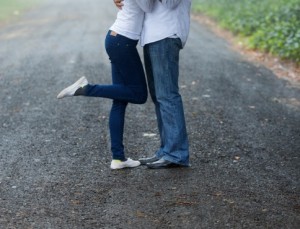 When it comes to relationships, many clichés exist for a good reason: a lot of them are true. Making and keeping long-term connections is, of course, some of the oldest and hardest work humankind has ever undertaken, and there isn’t much that’s new to say about it.

The following five basic truths about relationships form the core of my couples counseling. Yes, you’ve heard them before, but when they are looked into more deeply and practiced more willingly, they often lead to a strong, healthy relationship.

1. The secret to a long-lasting relationship is to not split up.

It’s so clear-cut it almost sounds glib, but sometimes the simplest fact is also the most profound. Relationship longevity, at times, comes down to a decision each partner makes to value being in the relationship above all else. We all get seduced by the idea of a new mate who promises more fascination, more compassion, and more romance (the three qualities quickest to fade after a few years together). One characteristic common to all enduring marriages, however, is a shared sense that a long-term connection is worth more than a short-term one. In other words, the security and stability that can come only after decades together is just as, if not more, important than the pull of a shiny, new partnership.

Long-term relationships are for realists. They aren’t easy. Periods that are lovely tend to be interrupted by periods that are stormy. During those tough times, you might feel as if you’re only staying together because it’s the right thing to do or because there’s no other way to achieve longevity. The commitment is to each other, yes, but during those times when “each other” is not the haven you’d like it to be, the commitment becomes to commitment itself.

2. We marry our parents.

This one is the basic tenet of the kind of psychotherapy I practice. The belief is that we all carry scars from our childhoods—even the happiest childhoods—based on disappointments or conflicts with our parents. As adults, we meet partners who we swear up and down are nothing like those disappointing parents, but one day we wake up and realize, “How did this happen? My partner is exactly as critical as my father was.”

We therapists would say that you’ve chosen this partner in the subconscious hope that your childhood wound could be healed. In other words, if your dad never seemed to fully appreciate you, you fall in love with someone who is also withholding so you can finally get the approval you’ve always been looking for.

Your partner is probably not a mirror image of your dad. Instead of being outwardly critical, he or she might say all the right words but then be easily hurt so you consistently feel you’ve failed. The patterns are rarely obvious, but if you look hard enough, they are almost always there. We recreate in adulthood the most pressing problems from our childhood in the hopes that now we’ll succeed where in the past we could not.

The good news about this cliché is that once we’re aware of the pattern, we can work on what really needs to be healed: our own self-esteem. The key to overcoming a critical parent is not to find a partner who is unerringly supportive and non-judgmental, but instead to silence our own inner critic. Sometimes when we see a pattern in our relationships, we have to look at the only constant, ourselves, to see what needs to be repaired.

3. You can’t love someone else until you love yourself.

When you can accept that a problem isn’t going to be fixed, it has less power. If you have to “win” all the time, you’re going to end up losing the most important prize: the relationship itself.This cliché seems to imply that you can’t have a decent relationship until you reach some sort of mythical, enlightened state of self-love. Instead, I interpret it as meaning that often the best gift you can give to your partner is to know yourself better. Getting to know what you need, what makes you tick, and how to stand up for yourself are tools that can seem to strain a relationship at first but make it stronger in the long run.

This leads to a sub-cliché I often share with the people I work with. Just as they tell you on airplanes to put on your own oxygen mask before you help others with theirs, you can only make your relationship strong when you’re coming from a strong position. “Loving yourself” can be as simple as taking the time to know what makes you angry and why and learning a few tools for calming yourself so that you can communicate clearly even when you’re upset.

4. You can’t change anyone else unless they really want to change.

If you go into a relationship expecting your partner to change, you’re in for a disappointment.

This is not to say that others can’t change, just that they won’t, unless they decide it’s incredibly important. People who see me for therapy tend to express frustration when they hear this. If true love means becoming the best person you can for your partner, then does my partner not changing mean he or she doesn’t love me?

The truth may be less romantic, but it’s also more respectful and more compassionate. When we let our partners know what they are doing hurts us and when they trust that we’ve looked at and worked on our own issues before pointing the finger at them, they are often able to agree to modify their behavior and find a compromise.

The end result, then, of two people who are working on “loving themselves” and “not changing others” is that they’ll give more love and more potential for change to their partners. It sounds paradoxical, but it’s more of a shift in perspective. Mutual esteem will bring change more quickly than critiques and blaming.

Giving in is sometimes the best place to start. Relationship expert John Gottman talks about dozens of ways to communicate more effectively but reserves space for what he calls “perpetual problems,” or the issues that just aren’t going to get resolved. They’re the ones that come back no matter how many times you fight over them. In a long-term relationship, there will always be a couple of key conflicts that you simply can’t figure out how to solve. If they seem insurmountable, they probably are, and that’s OK.

The trick with these issues is to label them—“There’s our old ‘you spend too much, you’re too cheap’ fight again”—and let them go. Instead of getting angrier and having to prove once and for all that you’re right, how about just walking away? When you can accept that a problem isn’t going to be fixed, it has less power. If you have to “win” all the time, you’re going to end up losing the most important prize: the relationship itself.

Sometimes, to find love, just follow the time-tested, worn-out old tropes. But this time, follow them with intelligence, depth, and complexity. After all, any fool can make something complicated, but it takes real intelligence to make something simple. Or is that too cliché?