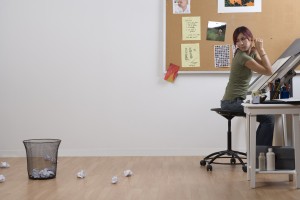 Inner critic refers to an inner voice that judges, criticizes, or demeans a person whether or not the self-criticism is objectively justified. A highly active inner critic can take a toll on one’s emotional well being and self-esteem. In some cases people who struggle with frequent or debilitating self-criticism will seek help from a therapist or counselor to change their thought patterns.

What Is an Inner Critic?

Many people experience difficulties with self-esteem and confidence, even when they appear confident, successful, or well-adjusted to the external world. A person’s inner critic can play a significant role in shaping one’s identity and sense of self. This inner critic can be like a nagging voice that questions each decision and undermines each accomplishment, and it can leave a person with difficult feelings such as shame, inadequacy, or guilt.

The inner critic is largely a concept in popular psychology, not an academic psychological term. However, it is similar in some ways to the Freudian superego, which acts as a conscience. The inner critic generally has more negative connotations than the superego, however, and typically serves to undermine accomplishments rather than encourage appropriate behavior and obedience to cultural norms.

People tend to develop self-criticism as a result of their life experiences which may include social, cultural, and familial influences. In some cases self-criticism may be a symptom of a diagnosable mental health condition.

People frequently seek out mental health care when they cannot seem to shake off nagging doubts and chronic feelings of low self-esteem. When these doubts are not based in objective reality—such as when, for example, a student who graduated at the top of his or her class feels that he or she is an academic failure—therapists may work to help people address factors that have contributed to the development of the inner critic.

There are different approaches a professional counselor may take when helping someone overcome their self-criticism. This might include classical psychoanalytic therapy, in which a person revisits childhood events that contribute to current problems. Cognitive behavioral therapy is also a common approach for addressing the inner critic. Cognitive behavioral therapists work to help people detect their self-defeating thoughts and shape these thoughts so that they are healthier and less destructive.

Sometimes, the nagging sensation of an inner critic is the product of depression or anxiety. People experiencing these conditions sometimes feel chronically inadequate and are highly critical of themselves. In these cases a mental health professional will treat the underlying issue in therapy which in turn may lessen or alter the impact of a person’s inner critic.