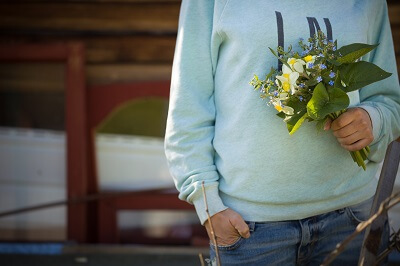 Self-love refers to the act of valuing one’s own happiness and well-being. Self-love is a kind of acceptance that can be described as an unconditional sense of support and caring and a core of compassion for the self. It might also be considered a willingness to meet personal needs, allow non-judgmental thinking, and view the self as essentially worthy, good, valuable, and deserving of happiness.

Those who find it challenging to practice self-love or have barriers that make it difficult for them to experience compassion or love for themselves may find the support of a therapist or other mental health professional to be beneficial as they explore the reasons behind these difficulties.

Why Is Self-Love Important?

Self-love is considered to be an important component of self-esteem and overall well-being. It is generally difficult, if not impossible, to feel content without first being able to love and accept the self. Researchers have discovered that the practice of self-love is associated with a multitude of benefits, such as greater life satisfaction, increased happiness, and greater resilience.

People with high levels of self-compassion have been shown to often be able to overcome difficult life events, such as divorce, with more ease than those who are harder on themselves. The ability to affirm oneself has also been associated with improved problem-solving abilities and decreased procrastination, because it can help individuals recognize the effects of negative habits and behaviors (such as procrastination) without leading to a thought pattern that is excessively negative.

The risk of developing mental health issues such as depression, anxiety, and perfectionism can also be decreased through the practice of self-love. This practice can also increase one’s optimism and may be helpful for stress reduction, especially in the face of various life challenges.

Self-love can also lead to improved relationships. The idea that a person should practice self-love before attempting to pursue the love of others is one that is accepted by many, and research has shown that practicing self-love and self-compassion is likely to improve well-being in the context of interpersonal relationships. People who have self-compassion and practice self-love generally report feeling happier and more authentic in their relationships, and thus, they may be better able to assert their needs and opinions. Further, those who practice kindness and compassion on a personal level first may be better able to show kindness and compassion to others and are generally more likely to do so, as the ability to care for and love one’s self generally indicates that one will experience a greater capacity to love and care for others.

It is generally considered to be normal for people to have periods in which they feel better about themselves and periods in which confidence and self-esteem wane. After failing at an important task, for example, one may question personal ability and self-worth. Self-love is considered to be an ongoing act, rather than a constant state. For many people, it takes effort, attention, and mindful attempts to practice self-compassion and affirm and accept oneself.

Can Self-Love Be a Bad Thing?

Self-love, in this context, can be said to differ from narcissism, as self-love is largely considered to be positive: Self-love is generally beneficial to happiness and well-being, and those who are encouraged to practice self-love may be more likely to achieve and experience success. While narcissism may sometimes be referred to as self-love, narcissism can more accurately be described as an excessive self-interest, combined with a general disregard of others and a lack of empathy.

In excess, self-love may become self-centeredness. A high level of fragile or shallow self-esteem, which may be facilitated by empty praises of well-meaning parents, teachers, or other caregivers during one’s childhood, can lead individuals, especially adolescents, to develop traits of narcissism. Research has also shown that inflated self-esteem, which can be linked to excessive self-love, is often associated with cynicism, a lack of motivation, verbal defensiveness, and, in some cases, aggression.

Certain distorted thought processes may make the practice of self-love difficult. Some individuals may believe that they are unworthy of love due to a lack of success in their chosen professional field, for example, or because of certain personal characteristics that they perceive to be negative or flawed. Trouble with relationships or friendships may also lead some to feel as if they may never experience close friendship or love, which can contribute to spiraling negative thoughts that may also have a negative effect on the ability to love the self. Often, cognitive and brief therapies prove helpful, as they focus on correcting these thoughts in order to improve one’s ability to love oneself and develop greater self-compassion.

Early experiences such as trauma, abandonment, or neglect can also cause people to feel as if they are unworthy of love. Therapy can help people uncover any possible reasons that it may be difficult to practice self-love. In therapy, people seeking treatment may become better able to understand the ways that early experiences still affect them and, with the help of a therapist, may be able to overcome past trauma and any feelings of self-loathing.

Therapy can also provide a space where one feels loved and accepted. The concept of unconditional positive regard, initially developed by Carl Rogers and used in person-centered (Rogerian) therapy, holds that providing a relationship in which one is truly accepted, without any conditions or judgment, allows healing to occur, in most cases. By providing unconditional positive regard, a therapist can also help people in therapy to learn to harbor that degree of love and acceptance toward themselves. For individuals who have never experienced love or acceptance and find it difficult to practice self-love as a result, this therapeutic bond may foster the development of self-compassion and love, leading to a state of improved mental health.

The expression of self-love can change depending on cultural context, though self-love appears to represent an important aspect of human existence. People from some cultures may be less likely to speak positively about themselves, especially to others in spheres outside those of close friends and family, as in these cultures, modesty and humility may be more valued. One study found that although people from some East Asian cultures were found to love and feel as good about themselves as did the Americans also surveyed, those from East Asian cultures evaluated themselves less positively on a cognitive level.