Exclusion from School Linked to Poor Mental Health in Children 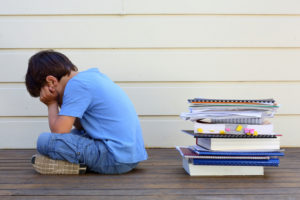 Exclusion from school, such as through suspension or expulsion, is correlated with psychological distress and increased risk of long-term mental health issues, according to a study published in the journal Psychological Medicine. The study also found children with mental health issues are more likely to experience school exclusion.

For the study, researchers gathered data on more than 5,000 children who participated in the 2004 British Child and Adolescent Mental Health Surveys, and in the 2007 follow-up. The study included data on school exclusion and on symptoms of mental health conditions such as depression, attention deficit-hyperactivity (ADHD), and anxiety.

Classroom behavioral issues were the most common reason for school exclusion. Children with learning difficulties and mental health diagnoses were more likely than other kids to be excluded from school.

The Consequences of School Exclusion

The study’s authors say being excluded from school can be a significant disruption in the lives of children and parents. Though exclusion might seem like a short-term punishment, its effects can extend far beyond the time of the suspension.

Some research has found school suspensions disrupt a school’s culture and may stigmatize excluded children. According to the 2014 Policy Statement on Expulsion and Suspension Policies in Early Childhood Settings, a joint project of the U.S. Department of Health and Human Services and U.S. Department of Education, students who are excluded from school may be as much as 10 times more likely than other students to drop out of high school.