Examining the Role of FOMO in Social Media and Self-Esteem 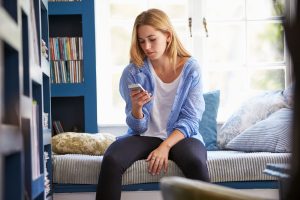 New research has strengthened the belief that the fear of missing out (FOMO) is a legitimate phenomenon with threatening implications for psychological well-being. The rapid pace of modern society may be facilitating the effect by overloading lives with continually evolving social circles that require frequent monitoring and maintenance.

Most of the social networks people have in their lives today are online. Even the more traditional networks (family, employment-based, etc.) likely have an online component. Keeping up with these different networks can be an anxiety-inducing experience that can interfere with daily life.

Even before the term was coined, many were familiar with the feeling of FOMO.  Missing out on enjoyable activities can lead to anxiety, especially as social networks have grown. Today, it often seems like there is even more to miss out on than there was in the past. Before social media, a person usually only had to go outside or call a few phone numbers to alleviate the fear of missing out on something. Now, just scrolling through Facebook can make a person acutely aware of how many activities from which they may perceive being excluded.

The study, published in the journal Computers in Human Behavior, examines FOMO tied to online social networks and its potential effect on several psychological measures, including sense of support, sense of connectivity, and self-esteem. Collectively, these measures were considered to represent someone’s online vulnerability and psychosocial well-being. A collection of 506 United Kingdom Facebook users participated by responding to an extensive online survey.

To avoid the feeling of FOMO, study participants were likely to post more frequently online. More disclosure of personal activities and emotions makes social media users more likely targets of cyberbullying, which can then lead to decreased self-esteem. The researchers identified FOMO as a mediator of the relationship between increased social media use and decreased self-esteem. After surveying study participants again six months later, the researchers determined FOMO, increased social media usage, and low self-esteem were all repeating factors in an ongoing cycle.

The rise of online social networks, content, and media has gradually led to changes in human behavior, many of which appear to have negative consequences for mental health. However, there is also evidence that social media use can be a positive contributor to mental health by enabling the formation of new connections. The conflicting nature of these reports may be due to differences in usage motivation, including the presence or absence of FOMO. The study’s authors say the key is for people to limit their social media usage and try not to compare their lives to others, as a social media representation of someone’s life is generally not exhaustive.