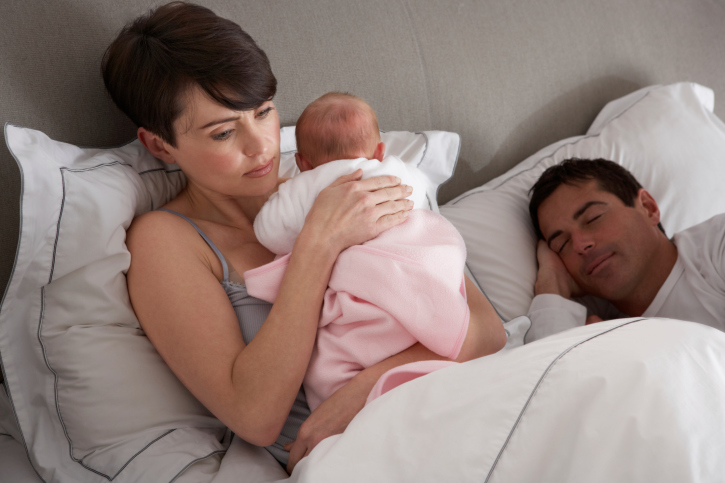 Many parents will readily admit that parenting is the most challenging job they have ever had. According to a new study published in Demography, becoming a parent may make people less happy, and that unhappiness can cause parents to avoid having more children.

This might help explain why more than 15 million American families only have one child, which accounts for an increase in one-child families in recent years, according to the United States Census Bureau.

Does Happiness Decrease After Having First Child?

Lead researchers Rachel Margolis, of the University of Western Ontario in Canada, and Mikko Myrskylä, of the Max Planck Institute for Demographic Research in Germany, theorized that pleasant experiences with a first child might inspire couples to have more kids, but a difficult transition to parenthood could discourage further family growth after one child. To test this theory, they used data from 2,301 German parents who participated in the German Socioeconomic Panel Study between 1984 and 2010.

Each year, the study asked participants to rate their happiness on a scale of 0-10. Parents also answered questions about their relationships, jobs, and childbirth experience. This allowed researchers to compare parents’ happiness two years prior to having a child, through the transition to parenthood, and up to a year after becoming parents. More than 70% of parents reported becoming unhappier after the birth of their first child. On average, they reported a 1.4-point drop in happiness compared to two years before their first child was born. More than a third saw their happiness plummet by more than 2 points.

Among parents aged 30 and older and those who had at least 12 years of education, the correlation was stronger. The researchers speculate that this may be because mature, well-educated parents may be better at applying their experiences to family planning decisions. Parents with more education may also have demanding careers that make it more difficult to balance family and work obligations, but the researchers say their findings remained even after accounting for factors such as parents’ income, marital status, and place of birth.

Despite Research, People Still Have Kids for ‘Joy’

The study only tracked happiness scores a year after having children, so researchers are not sure that childrearing leads to a permanent drop in happiness. It could be that the sleepless nights usually associated with raising a newborn, coupled with the challenges of transitioning to parenthood, temporarily cause happiness to plummet.

Previous research highlights the nature of parenting, which can be stressful. A study by sociologists Kei Nomaguchi and Melissa A. Milkie found that couples who became parents did more housework and bickered more often. That same study also found that mothers were less depressed after having kids than single women without children, and that single fathers were more likely to be depressed than any other group.

No matter what the research says, many parents continue to believe parenting is a recipe for happiness. A 2010 Pew Research Center study found that 87% of parents said they became parents “for the joy of having children.” Seventy-six percent cited this joy as a key factor in the decision to have kids.