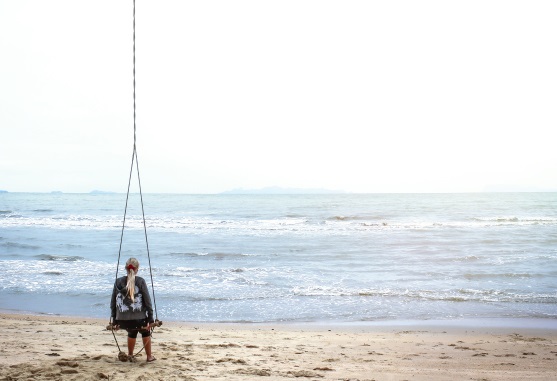 Fourteen years ago, when I was first trained in EMDR therapy, there was less of an understanding of its benefits, as well as a lot of confusion about what eye movement desensitization and reprocessing actually was. One thing it’s never been is a quick fix. And while I make it a point to educate people about this reality, I have found there is another layer to that common misunderstanding: lack of awareness that the existence of complex trauma, as opposed to single-incident trauma, can make EMDR an even longer-term treatment.

When working with those with single-incident trauma—a survivor of a car accident, for example—the standard eight-phased, three-pronged EMDR protocol has the potential to guide the treatment process in a relatively straightforward manner. Treatment can also be more clear-cut and focused when there are multiple traumas that can be grouped into the same category. Someone who reports being raped at various times in their life would be an example of this. Neurologically, the traumas can travel down a similar “track” when processed.

However, it is usually the cumulative effect of multiple traumas, of multiple kinds and categories, that brings folks to my office. The majority of those who are engaging in ongoing therapy have symptoms driven by foundational experiences—developmental traumas that impact their worldviews. These experiences affect their ability to feel safe, not only physically but also emotionally. These people are seeking to heal from a history of complex trauma.

Complex trauma is identified by Judith Herman and other leaders in the field of traumatology as “the existence of a complex form of posttraumatic disorder in survivors of prolonged, repeated trauma” (Herman, 1992). An example of a history of complex trauma would be a woman who was adopted at birth, experienced sexual abuse by her brother, experienced ongoing physical abuse by her mother, and perhaps had a series of abusive relationships throughout her teenage and early adult years. She has an extensive history of interpersonal traumas at various ages and developmental stages, and spanning multiple categories.

The majority of those who are engaging in ongoing therapy have symptoms driven by foundational experiences, developmental traumas that impact their worldviews. These experiences affect their ability to feel safe, not only physically but also emotionally. These people are seeking to heal from a history of complex trauma.

As part of our healing journeys, we must pay attention to traumas of both omission and commission; both matter and can impact a person’s mental health. Neglect and abandonment, among others, are traumas of omission. Sexual abuse, physical abuse, and violence are clearly acts of commission. Perhaps a person experienced ongoing parental misattunements, significant attachment losses, a parent’s hospitalization or depression, or witnessed a mother grieving the loss of a sibling. These and myriad other experiences are examples of traumas that, at the time, impacted the person’s sense of emotional and physical safety and, more often than not, included caregivers. If they happened in childhood, they may greatly impact the person’s perceptions of the world today. All of this adds up to complex trauma.

Many leaders in the field of trauma treatment believe the newest diagnostic criteria for posttraumatic stress (PTSD), as outlined in the DSM-5, are not comprehensive enough. Although an improvement over the DSM-IV, the latest guide for mental health practitioners does not account for the full clinical picture when it comes to developmental trauma.

The term “complex trauma” didn’t even make it into the DSM-IV; instead, “DES NOS” (disorders of extreme stress not otherwise specified) was often used in clinical application. In the DSM-5, some of the symptoms of DES NOS, such as re-experiencing, avoidance, negative cognitions and mood, and arousal, were included in the PTSD criteria.

Which brings us back around to EMDR therapy. Yes, it is possible to heal from a history of complex trauma. Doing so just takes a conscious, methodical, and phased approach to treatment. If you are considering EMDR and have a history of complex trauma, I highly recommend ensuring that your therapist has experience in working with both. Make sure, also, that your therapist talks to you about extensive preparation and stabilization; these aspects will be a necessary part of your healing journey.