Cause or Symptom? Exploring the Link Between C-PTSD and Addiction 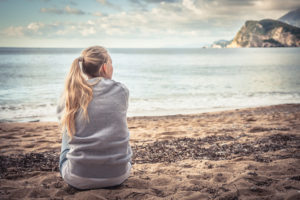 Working in the field of complex posttraumatic stress (C-PTSD) is immensely rewarding. Exploring a new field and finding more effective ways to help individuals in acute distress is as exciting as it is important. However, there are times when working in a developing and fertile field can also be frustrating. As a relatively new diagnosis that is still yet to be included in the American Psychiatric Association’s Diagnostic and Statistical Manual of Mental Disorders (DSM-5), there is a paucity of reliable evidence about many of the features of C-PTSD. One of these is the connection between C-PTSD and addiction to drugs and alcohol, as well as “lifestyle addictions” to things like sex, pornography, gambling, or shopping, to name a few.

On an anecdotal level, clinicians, including myself, have observed that people with C-PTSD often have trouble regulating and controlling their use of potentially addictive substances. Excessive alcohol or narcotic consumption is frequently one of the factors that brings people to therapy, where underlying C-PTSD is discovered. There are also good reasons, some of which I discuss in this article, to suspect a causal link between C-PTSD and addiction exists. However, without further research we cannot say with certainty what the relationship between addiction and C-PTSD is, and whether the former should be understood more as an aggravating factor or a core symptom.

The need for further research in this area is pressing. If there is one thing we know about addiction, it is that treatment is most effective when it deals with the underlying causes. Treatment methods that address problematic drinking and drug use often have an immediate effect of allowing the person to “go clean,” only to relapse half a year later because the same factors that drove the person to alcohol or narcotics in the first place are still present. A profile of the type of addictive behavior that is likely to be an expression of C-PTSD would help addiction specialists provide targeted help and make appropriate referrals.

While the relationship between C-PTSD and addiction awaits adequate investigation, the link between addiction and non-complex posttraumatic stress (PTSD) is much better established. Studies have demonstrated that people with PTSD are two to four times more likely to have a substance abuse disorder compared to the general population. More than 50% of people receiving treatment for PTSD have a co-occurring issue with substance abuse. Such a strong correlation suggests a definite relationship. Three suggested mechanisms for this relationship are known, respectively, as the self-medication hypothesis, the high-risk hypothesis, and the susceptibility hypothesis.

More than 50% of people receiving treatment for PTSD have a co-occurring issue with substance abuse. Such a strong correlation suggests a definite relationship.

The high-risk hypothesis posits not that PTSD leads to substance abuse and addictive behavior, but that the two are highly correlated because they often come from the same cause. People who engage in high-risk behaviors, according to this theory, are more likely to become addicted to alcohol or narcotics and are more likely to have a traumatic experience, perhaps even as a result of being under their influence.

The susceptibility hypothesis suggests that people who have a history of alcohol or drug abuse alter their brain in such a way that they are more likely to develop PTSD. It is well known that even if two people go through near-identical experiences, one may develop PTSD while the other does not. Indeed, effective screening for PTSD after traumatic events is one of the most sought-after but elusive goals of the mental health profession. According to this theory, substance and alcohol abuse should be considered as a risk factor for PTSD.

Finally, the self-medication theory, in contrast to its two rivals, suggests the causality runs from PTSD to addiction because men and women experiencing PTSD turn to drugs or alcohol as a way of relieving their distressing symptoms. Of course, while this may work in the short term, excessive use of alcohol and other substances only serves to exacerbate the problem, because the brain adapts to these chemical stimuli and demands ever greater doses of the drug to produce ever smaller highs. In short, while the person with PTSD begins by drinking or using drugs in a hopeless attempt to briefly feel good, they end up taking them in an even more hopeless struggle to feel a little less bad.

Which of these theories may be correct has massive implications for the relationship between C-PTSD and addiction. C-PTSD is the result of prolonged, interpersonal trauma, most often experienced during childhood. If the susceptibility or high-risk hypotheses are true, we would expect there to be a lesser link between C-PTSD and addiction. While there are cases of young people falling into abusive relationships after a period of drug use, it usually works the other way around. Indeed, many people with C-PTSD began their experience of trauma as small children.

On the other hand, if the self-medication hypothesis is correct, as many professionals believe, we would expect the link to be even greater. In addition to the symptoms of PTSD, people with C-PTSD also typically have negative self-image, difficulty forming relationships, and an inability to control feelings of anger or sadness (known as affect regulation). The urge to self-medicate among people with C-PTSD would therefore be even more intense.

Of course, speculation and data are two different things. Let us hope the next few years bring to light more evidence about the nature of the connection between C-PTSD and addiction.