No Quick Fixes: Evidence-Based Treatment for Trauma and PTSD 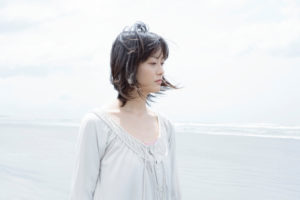 Early intervention is the gold standard of medicine. Whatever the disease or ailment, a correct diagnosis and preventative medicine at an early stage can save millions of dollars and endless suffering. It’s only natural, then, for us to search for the same advantages in the field of mental health. Preventative intervention for mental health issues, however, is one of the hardest problems to crack. The most common mental health diagnoses, such as anxiety or depression, are exaggerated versions of ordinary emotions that everyone experiences. By the time you can find clinically diagnosable symptoms of depression or anxiety, you have already moved beyond prevention and into treatment. It is possible to teach tools such as mindfulness or meditation to minimize the risk of developing a mental health condition, but it is not easy to identify those who are at risk in advance.

One major exception, however, is posttraumatic stress (PTSD), which is a unique diagnosis in that it is attributable to a specific, identifiable cause. We are able to identify people who are at risk of developing PTSD as being those who go through a highly stressful experience, such as being held hostage or being raped.

PTSD, therefore, is an obvious target for preventative care. For many decades, the standard intervention for people who had traumatic experiences was a technique known as psychological debriefing. Developed in the 1980s, this technique consists of allowing people to share their experiences within a few days of the traumatic incident and giving them strategies to manage stress and respond to difficult emotions. The most common format for this form of treatment is known as critical incident stress debriefing (CISD), which is easily replicable and was adopted by local and national governments, companies, and NGOs as the go-to method for helping trauma survivors. Subsequently, researchers developed CISD into critical incident stress management (CISM), a more comprehensive intervention program that includes a wider range of individual, group, and family-based interventions.

After decades of use, psychological debriefing became a well-established treatment approach, with tens of thousands of trained professionals providing help to people at risk of PTSD. When researchers looked at the evidence for its effectiveness, however, they were in for quite a surprise.

The history of psychology is full of examples of accepted wisdom being overturned by empirical research. Cognitive behavioral therapy (CBT) was developed after Dr. Aaron Beck designed experiments to test concepts of depressions found in the classic psychoanalytic tradition and found them not only to lack empirical backing, but to be clearly contradicted by his results. A similar thing happened when the first randomized controlled trials for psychological debriefing were produced. In the best case, the studies showed, psychological debriefing had no effect on the frequency with which trauma survivors developed PTSD. Worse, other studies seemed to suggest psychological debriefing actually increases the likelihood a trauma survivor goes on to develop PTSD.

Stories of lobotomies and shock therapy fill us with justified horror, but there is mounting evidence that the pharmaceutical approach employed today to address trauma and PTSD is suboptimal and often has harmful side effects.

These results were hard to accept, and not simply because they threatened an entrenched and well-funded (as well as well-intentioned) industry that had evolved over previous decades. Psychological debriefing makes a lot of intuitive sense. Bottling up unpleasant emotions frequently has negative effects, so having a formalized way of expressing your experiences in the wake of trauma may seem like a natural way of starting the process of healing. Similarly, it seems obvious that receiving practical information about how to manage stress and process emotions after a traumatic event would be of benefit. On top of that, studies show that those who go through psychological debriefing really do report they feel better in the short term, even though they may be more likely to develop PTSD in the future. As time goes by, however, the weight of evidence just becomes stronger: psychological debriefing is not generally effective and may be harmful.

Part of the problem is that our understanding of trauma is incomplete. According to some theories, PTSD is a result of disturbances in the memory, perhaps as a result of elevated stress hormones. Others characterize it as the product of an inability to reconcile traumatic experiences with the fundamental schemas a person uses to interpret reality. In the absence of a comprehensive theory of how PTSD develops, relying on what seems plausible in the absence of clear data is dangerous indeed. It also makes it difficult to design alternative intervention programs with a higher chance of success.

There is, however, room for hope. Studies suggest some therapeutic modalities, including CBT-based therapies, are highly effective and have become increasingly so as therapists modify their treatment approaches to be more in line with advances in research. The inconvenient truth about psychological debriefing perhaps reminds us of an important point: there are no quick fixes in psychology. The last 150 years are full of well-intentioned attempts to find quick-fix solutions to mental health concerns. Stories of lobotomies and shock therapy fill us with justified horror, but there is mounting evidence that the pharmaceutical approach employed today to address trauma and PTSD is suboptimal and often has harmful side effects. “Talk therapy” is hard work, for person in therapy and therapist alike, but it remains the most evidence-based and effective treatment in the long term for mental health conditions, from anxiety to trauma and back again.