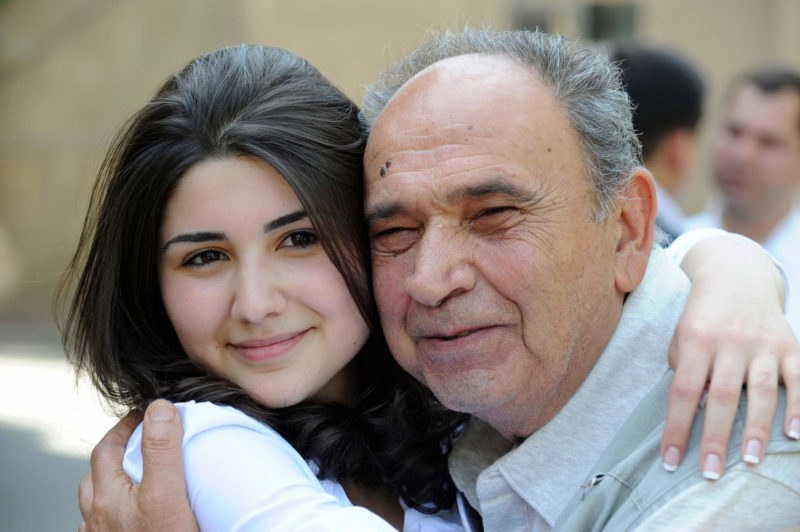 Historical trauma refers to traumatic experiences or events that are shared by a group of people within a society, or even by an entire community, ethnic, or national group. Historical trauma meets three criteria: widespread effects, collective suffering, and malicious intent (2). Historical Trauma Response (HTR) can manifest as substance abuse, suicidal thoughts, depression, anxiety, low self-esteem, anger, violence, and difficulty in emotional regulation (3)

Intergenerational trauma was first identified among the children of Holocaust survivors (4), but recent research has identified intergenerational trauma among other groups such as indigenous populations in North America and Australia (3)(5). In 1988, one study showed that children of Holocaust survivors were overrepresented in psychiatric referrals by 300% (6). The subjects were selected based on having at least one parent or grandparent who was a survivor.

Parenting as an Explanation for the Phenomenon of Intergenerational Trauma

Parents may transmit inborn genetic vulnerabilities triggered by their own traumatic experience or via parenting styles that have been impacted by their trauma (7). Survivors face many challenges when they are parents, including difficulty bonding to and creating healthy emotional attachments with their children. Yael Danieli categorized four adaptation styles amongst the families of survivors: Numb, Victim, Fighters, and Those Who Made It. Survivors who become numb seek silence by self-isolating, have a very low tolerance for stimulation of any kind, and are minimally involved in raising their children. Victims fear and distrust the outside world, try to remain inconspicuous, and are frequently depressed and quarrelsome. Fighters focus on succeeding at all costs and retaining an armor of strength, making them intolerant of weakness or self-pity. Those Who Made It are characterized by their pursuit of socio-economic success but also by the ways in which they intentionally distance themselves both from their experience of trauma and from other survivors (8).

Children experience and understand the world primarily through direct caregivers and are, therefore, profoundly affected by their parents’ modeling. Children both mimic their parents’ behaviors and learn to navigate future relationships based on how they learned to relate to their parents. Enduring coping mechanisms may be forged out of efforts to avoid and/or “fix” a parent’s abusive behavior, anger, depression, neglect, or other problematic behaviors.

GoodTherapy members with Basic, Premium, and Pro memberships are invited to submit articles for the GoodTherapy blog. Not a member yet? Learn more here.

The Great Famine in Ukraine of 1932-1933 and Intergenerational Trauma

The Holodomor (derived from the Ukrainian “to kill by starvation”‘) is also known as the Famine-Genocide in Ukraine, the Terror-Famine, the Great Famine, or the Ukrainian Genocide of 1932–33. It resulted from deliberate actions on the part of the authorities in Soviet Ukraine who, under the direction of Joseph Stalin, sought to force collectivization on the ethnic Ukrainian peasant population. This resulted in the deaths of millions (11).

In 2010, Brent Bezo conducted a pilot study to understand the generational impact of the Holodomor. Bezo interviewed 45 people from three generations of 15 Ukrainian families. The first generation survived through the Holodomor: the second and third generations were their children and grandchildren.

The study revealed that the coping mechanisms that the direct survivors had developed during the genocide were retained in the family system and passed down to their children and grandchildren. They described living in “survival mode,” including difficulty trusting people, a food-scarcity mentality, low self-worth, hoarding, social hostility, and risky health behaviors (10).

Aboriginal communities in Canada suffered from sustained trauma. For generations, Canada tried to forcibly assimilate Aboriginal people by placing them in residential schools, removing children from their families, and generally attempting to eradicate their culture and traditions (5).

The effects of this prolonged trauma have impacted First Nations groups on individual and collective levels, including markedly high rates of depression and self-destructive behaviors compared to the non-Aboriginal population. One of the challenges for mental health professionals working with community members is to understand the effects of intergenerational trauma on their clients, including a well-earned mistrust in the ministrations of outsiders.

When Trauma is Not Acknowledged – Learning from the Armenian Genocide

Mental health professionals are often unfamiliar with the history of those they seek to treat. Unrecognized and, therefore, unacknowledged traumatic events will go on to pose unique challenges for both client and clinician.

The Armenian Genocide, during which the Ottoman Turkish Empire massacred 1.5 million Armenians in 1915, is an example of historical trauma that has often been either minimized or denied outright. In fact, the mass murder of Armenians, Assyrian, Greek, and other Christian and religious minority populations of the Ottoman Empire between 1914 and 1923 has yet to be acknowledged as a genocide by the Turkish government (11). It can be especially challenging to cope with an injury while you are still fighting for its acknowledgment a century after it was inflicted. Additionally, due to this lack of formal recognition, Armenian survivors find it difficult to trust non-Armenian mental health professionals with their history and pain (12).

Dagirmanjian suggested narrative therapy as a treatment with Armenians (12). Narrative therapy allows survivors to embody and settle into their perception and view of themselves (11). Another important key to working with Armenians is understanding the way Armenians value family closeness. This trait has sometimes been misunderstood and even considered unhealthy by Western clinicians who have been trained to approach family therapy with the goal of promoting individuation (12). In general, it is crucial for the mental health professional to understand the cultural context of the person suffering from trauma, including intergenerational trauma, to provide the most effective and sensitive treatment.

When Trauma Attacks the Core of a Person’s Identity

Systematic attacks on a person or group’s identity, such as the Holocaust or the Aboriginal experience, are particularly damaging because identity and tradition are essential to perceived meaning in life. Victor Frankl, in his book, Man’s Search for Meaning, describes the imperative for people to feel securely connected to meaning in their life: without specific meaning, it is literally impossible to live (13).

In approaching survivors of historical trauma in which the intent was not only to inflict pain or kill but to demean and, ultimately, erase the identity of an entire people, the therapist must be aware that recovery requires the restoration of morale, identity, and purpose.

In Canada’s Aboriginal communities, intergenerational trauma treatment is complicated due to high substance use (which is itself likely a sequela of historical trauma). A valuable 2015 study (14) demonstrated the importance of blending Aboriginal and Western healing methods to treat intergenerational trauma when it was associated with substance use disorder among Aboriginal people in Canada (14). A vital element in this approach is reclaiming and recovering Aboriginal identity, including traditions, philosophies, and practices, and adapting them to current circumstances and needs. Programs that enhanced identity through cultural affiliations, increased cultural awareness through healing circles and family involvement, and were strongly influenced by traditional Aboriginal spirituality contributed significantly to decreases in substance use, domestic violence (which are often associated with substance use), and an overall increase in individual and communal healing (14).

The Role of Epigenetics in Intergenerational Transmission of Trauma

Epigenetics refers to the study of heritable changes in gene expression in response to behavioral and environmental factors that do not change the underlying DNA sequence. In other words, epigenetics is the study of inherited changes in phenotypical properties without a difference in the inherited genetic makeup. Recent studies demonstrate that traumatic events can induce genetic changes in the parents, which may then be transmitted to their children with adverse effects (17).

In 2005, a study conducted to better understand the relationship between the PTSD symptoms of women exposed to the World Trade Center collapse on September 11, 2001, and their infant children’s cortisol levels found lower cortisol levels both in the mothers and their babies (18). Cortisol is a hormone released through the adrenal gland which helps regulate stress response. These findings speak to the importance of factoring epigenetic effects into our evolving understanding of how posttraumatic effects may be transmitted across generations (18).

Intergenerational trauma may be transmitted through parenting behaviors, changes in gene expression, and/or other pathways that we have yet to understand fully. These may be biological, social, psychological, and/or a mixture of all three. As we trace these modes of transmission, practitioners will be better able to match interventions to specific factors that either propagate traumatic effects across generations or mitigate against their transmission. Different sources of intergenerational trauma will likely require different approaches. Innovative treatments for multigenerational trauma that borrow from indigenous cultures, acknowledge historical trauma, connect to group identity, and support survivors in finding meaning and purpose in their experience and that of their family and people are already providing practical tools for practitioners and point the way towards future progress.

(8) Danieli, Y. (1981). Differing adaptational styles in families of survivors of the Nazi Holocaust: Some implications for treatment. Children Today, 10: 6-10.

GoodTherapy members with Basic, Premium, and Pro memberships are invited to submit articles for the GoodTherapy blog as a part of their membership. Not a member yet? Learn more here.