Striving for Cultural Competence in the Age of Multiple Identities 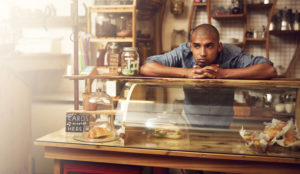 As America becomes increasingly diverse and moves ever closer to being the world’s first majority-minority nation, the need for cultural competence in all areas of health care becomes ever more acute. In the field of psychology and mental health, this need is particularly intense because the relationship between therapist and person in therapy is not merely a way of facilitating treatment, it is the treatment. When cultural barriers stand in the way of communication and understanding, progress in therapy is extremely difficult. Since a majority of therapists are white and many hail from relatively privileged backgrounds, it is not surprising that cultural minorities and immigrants report lower levels of success in therapy.

In mental health, as in other areas, interventions to promote cultural competency have often been focused on providing education about specific groups in an effort to avoid potential pitfalls. For example, a therapist who is aware of the role of shame in Eastern cultures may be less likely to say or ask something during the first session that might set the therapeutic relationship off on the wrong foot. To take another example, knowledge of the cultural mores of the LGBTQ+ community may reduce the likelihood a counselor would make unwarranted assumptions or give impertinent advice.

Educational interventions of this kind are a cost-effective way of getting closer to our shared goal of a mental health system that works for everyone. However, while the growth of more and larger minority groups is clearly one of the trends in multicultural America that needs to be addressed, there is another trend that requires a very different, indeed in some ways opposite, approach.

While one consequence of increasing diversity is the emergence of a patchwork of different communities living side by side, at the same time the interaction between individuals from these different communities is producing an unprecedented number of people who combine multiple identities. Obviously, such people combine in their lives elements of the different parts of their cultural background. Perhaps more important, however, is the way modern society allows people to form a new identity in which the very fact of having a mixed background is more important than the elements of which it is composed. Travel writer and social commentator Pico Iyer puts it this way:

Certainly when I’m traveling, especially to the major cities of the world, the typical person I meet today will be, let’s say, a half-Korean, half-German young woman living in Paris. And as soon as she meets a half-Thai, half-Canadian young guy from Edinburgh, she recognizes him as kin. She realizes that she probably has much more in common with him than with anybody entirely of Korea or entirely of Germany.

Because multi-identity individuals often lack access to the kind of social support structures that exist within traditional communities, it is all the more necessary that mental health professionals are attuned to their needs.

In earlier times, a half-Korean, half-German individual might normally pick one or the other of these as their primary identity, with the other part perhaps adding some “cultural spice.” In our age, however, it is increasingly likely they will adopt a new third identity that is informed by their dual background, but goes far beyond it. In order to give the best care to this individual, learning about Korean and German cultural mores is not sufficient; it may not even be all that helpful.

Instead, the rising tide of individuals with complex identities that transcend classification into the traditional grouping reminds us of the other aspect of cultural competence in mental health: not so much knowledge of existing differences, but rather an openness to exploring these differences, including those that are new or coming into being. Cultivating an attitude of openness and awareness of difference is difficult, but in addition to being the only way to serve the growing ranks of people with multiple identities, it can help therapists serve everyone better. Becoming familiar with the cultural background of every potential therapy seeker in big cosmopolitan cities like New York is beyond the reach of ordinary mortals, but cultural openness and awareness can be a positive addition to any therapeutic relationship.

As well as emphasizing the need for a more nuanced conception of cultural competence, the rising tide of millennials with complex cultural backgrounds and multiple identities also presents a unique set of challenges. While moving beyond traditional categories can be liberating and open a wide range of opportunities, it also has a negative side. Increasing numbers of people under the age of 30 feel a lack of rootedness and connection; lacking a shared cultural background, they often find it difficult to form lifelong relationships or find communities where they can settle down and feel at home. It is possible this lack of rootedness is a contributing factor to rising levels of anxiety among younger people, but it is certainly true it gives conditions such as depression and anxiety a particular flavor and expression.

Because multi-identity individuals often lack access to the kind of social support structures that exist within traditional communities, it is all the more necessary that mental health professionals are attuned to their needs. Helping individuals with complex backgrounds find their home in this world must be a major priority as we step further into the unknown of a globalized, diverse society.