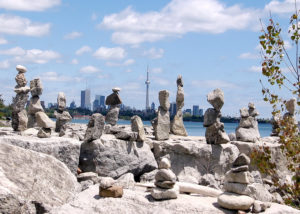 A strong ethno-cultural identity and a sense of connection to the land may lower suicide rates among aboriginal populations, according to a study published in the International Journal of Mental Health and Addiction.

Aboriginal and First Nations communities in many areas of the world have significantly high suicide rates. In Brazil, indigenous people die by suicide at a rate 22 times that of the general population. In the United States, youth from First Nations communities die by suicide at almost double the national rate. Aboriginal communities face high rates of discrimination, poverty, disenfranchisement, and substance abuse, which may explain higher suicide rates in these communities.

How One Aboriginal Community Prevents Suicide

The study looked at one Cree community located in Ontario’s James and Hudson Bay region. Five other Cree First Nations communities also live in the area. Compared to these communities, the community the study followed has lower rates of depression and suicide. This is despite similar histories of trauma and oppression. The community also had a history of relocation due to natural disaster—a potential additional source of trauma.

To explore factors that might be leading this difference, researchers interviewed eight community members, including elders, mental health care providers, and healers. In an effort to use culturally sensitive data-gathering techniques, the study’s authors framed physical and mental health in terms of the medicine wheel, a measure of health traditionally used by the community.

They found members of the community had strong, deeper connections to the community’s land and traditions. They were open to diverse approaches to spirituality, embraced shared parenting within the community, and endorsed community engagement. These factors were tied to increased psychological resilience and better overall mental and physical health.

The study’s authors say fighting suicide in First Nations communities requires a focus on resilience. Rather than focusing on what is wrong with a community, resilience narratives encourage community members to embrace their identity and look at what is positive within the community. A strong connection to cultural identity is one way to accomplish this.