8 Strategies for Dealing with an Angry Partner 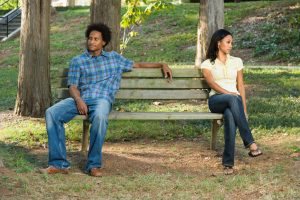 Shakyamuni (also known as Siddhartha Gautama) said, “Do not return anger with anger; instead, control your emotions. That is what is meant by diligence.”

As you may have painfully discovered, anger can be detrimental to relationships. An angry partner’s negative attitude and behaviors can drain your energy, leave you feeling frustrated and unheard, and undermine not only your well-being but the health of the partnership. However, if you are able to deal skillfully with an angry partner, your relationship may transform dramatically. Here are some effective strategies for dealing with an angry partner.

When you try to control an angry partner, they may become defensive and more uncooperative. It is unwise to get angry in response to a partner’s anger; better to let the other person be angry and recognize they will eventually calm down. The calmer you remain, the quicker their anger may subside.

In this way, you de-escalate the situation. The ultimate goal of de-escalation is to lessen emotional intensity and redirect animosity toward increased cooperation.

2. Be Assertive and Respectful

Acting assertively is the process of taking a position in which you are able to express your wants directly and respectfully while considering your partner’s feelings and wants as well. When you act and speak in an assertively respectful manner, you are confident, honest, and open. At the same time, by being assertive, you empower your partner to take their share of responsibility.

People often act in an angry way because they think they are not being heard, not being taken seriously, or not being appreciated. They may feel disappointed and ignored.

To avoid inflaming your partner’s anger, it is wise to actively listen to them until you are sure they feel heard and understood. Go beneath the surface and try to understand their deepest needs, and validate their feelings and experiences. Validation is one way we communicate acceptance of ourselves and others. It doesn’t mean agreeing with everything. Rather, it is recognizing and considering your partner’s perspective. The key to validation is being present and genuinely attempting to understand. It is listening to your partner as well as to your internal experience, staying with it rather than pushing it away or avoiding it. The other part of validation is accurately reflecting what you hear—for example, “What I hear you saying is ______. Is that correct?” This should be done without assumption or judgment while being clear, calm, and compassionate.

Beneath anger typically lies deeper and more vulnerable emotions such as fear, sadness, or pain, which may be less accessible for your partner to address. For a short period, anger serves as a protective shield and makes your partner feel powerful and in control. Yet, in the long run, it hurts them from within. This is why it is important to have compassion toward your partner and move away from blame and accusation.

Patience can serves as the antidote to anger within yourself as well as your partner. It entails being wise at the moment anger arises. It is about waiting—not speaking or doing anything that may be automatic or reactive. Patience and compassion are the foundations of positive energy and cooperation among people.

5. Pick Your Battles and Think Long-Term

The phrase “pick your battles” doesn’t apply only to military combat; it is also relevant to relationships with angry partners. Military leaders may be willing to lose some fights so they can “win the war.” They generally don’t waste resources and energy on the ones they can’t win. In the same manner, because individuals have different beliefs, opinions, preferences, and expectations, relationships can be a battlefield of sorts where exercising restraint is at times a wise strategy.

The phrase “pick your battles” doesn’t apply only to military combat; it is also relevant to relationships with angry partners.

If you want to, you can find an abundance of topics about which to argue with your partner. However, it would be to your benefit to be selective, letting go of that which matters least. Remember, it’s neither sensible nor practical to fight over every difference you have. You may win the argument, but ultimately your relationship may be weakened.

6. Reflect on Your Actions and Understand the Triggers

To be responsible is to accept your role in being frustrated with an angry partner and reflecting on what actions may trigger their anger. It also means understanding what triggers you to behave the way you do. The more aware you become, the less reactive and more constructive you may become. The result may be greater well-being for you, your partner, and your relationship.

If you realize you played a role in escalating an argument, be responsible and acknowledge your part. Your ownership may reduce tension and encourage your partner to take ownership as well.

7. Address Your Challenge When Your Partner Is Calm

When your partner’s emotional state is highly charged, their cognitive state may be impaired. There is little point in addressing your issue as long as the anger dominates. Allow time for the negative energy to settle to establish more rational discussion.

When both of you are calm and collected, address the issue that led to your partner’s angry behavior. At this time, they may be more open to listening and understanding. Also, don’t forget to apply this rule to yourself. When your emotional or angry parts are activated, take time to calm yourself. Anger fuels anger, and calming promotes a calmer atmosphere.

You may have heard the expression, “You can catch more flies with honey than vinegar.” When you treat your partner with sweetness, you may bring them closer to you—and closer to understanding how you feel and why you feel that way. This may increase your chances of productive outcomes.

If you apply the above strategies, you may be astonished to see how much the energy between you and your partner transforms and your relationship flourishes.