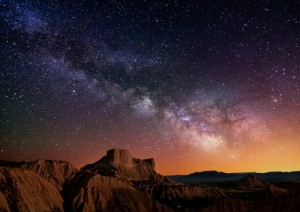 What’s sacred for you? Where is it found? For many of us, the idea of sacred space brings up images of cathedrals or mosques, Stonehenge, Angkor Wat, or the pyramids. These can be places separated from us by great distances and steeped in centuries of tradition, so getting to them is a journey. “Next year in Jerusalem,” we tell one another. Or we dream of making the Hajj to Mecca, or going on pilgrimage to Santiago or Lourdes. Such spaces can also be the houses of worship we go to once a week, for which we dress in special clothes, covering or uncovering our heads, possibly leaving our shoes at the door.

For others of us, the sacred is hard to find, or is something we feel we once had access to but no longer do. We get caught up—sometimes for years at a time—in the business of daily life. Technology provides us with increasingly sophisticated means to keep ourselves distracted. Or the practices that once offered access to the sacred may no longer do so.

In the following discussion, names have been changed and personal material has been screened out.

Sacred space can mean what we set the space aside for, what we do while within it. Jim creates a memorial altar in his home. On top of a bookcase, he puts photos of people he loves who have died—his grandmother, his partner, his best friend. He keeps a candle burning there, and on their birthdays he sets out flowers or a cup of coffee.

Sacred can refer to what we feel when we enter the space. Benjamin, disillusioned with his church, goes into nature in order to feel he’s contained in something larger than he is, that will accept him no matter what. Janice writes her dreams down in a journal. When she sits down in front of her journal and opens it, she experiences feelings of calm and increased focus. Cathy goes on vacation to Istanbul and enters the Blue Mosque. Although a practicing Lutheran, she finds that looking up into the ornately tiled, domed ceilings produces a sense of weightlessness and freedom from worry.

Bob belongs to a writers’ group. Every two weeks, the group gets together at a different member’s home. They read and critique each other’s work. Although “sacred” isn’t the way he describes this (and, in fact, is a term he objects to), Bob says writing is the most important thing in the world to him—“what he was born to do.”

Kyle meditates before coming to therapy. He sees his therapist’s office as the place where he meets what is most true in his life, sometimes for the first time.

For Alice, it’s her mother’s house. For Karen, it’s wherever her 10-year-old daughter is. Both women struggle with recovery, but don’t use in the spaces where they locate the sacred.

If we give the sacred its own space, do we increase the chances we will recognize it when it greets us?

The sacred is what grounds us in meaning. It can include us, as when we recognize that we are part of or one with the universe. And it can gently put us in our place, as when we slowly realize our ego is not the most important content of that universe. It can be deeply personal, as in meeting rooms where we establish or affirm our relationship to a higher power. And it can be an experience of merger, as when we look up and out into the stars at night. Sharon Olds, in her poem Wilderness, describes sleeping in the desert and looking up at the stars. She feels suddenly “… as if/not only the earth while I am here, but space/and death and existence without me, are my home.”

Sometimes we know it for the first time by responses that surprise us. Fran, hiking, comes into a grove of California oaks in the hills over the ocean. She says, “I suddenly heard the silence for the first time. It seemed to go on forever.” For Steve, the experience came as he was driving through Death Valley. “I was going to meet some friends,” he says. “But I drove more and more slowly, until I just had to pull over and stop. I’d never seen anything like it—white sand dunes, colored cliffs that looked like sculptures, and no one else around anywhere. I felt connected to the earth for the first time since I was a kid.”

Our own bodies can provide such a space. Tom describes an experience late one Christmas Eve that the manger where the Christ child was about to be born was his own body. This original intensity faded, but he was left with a lingering and resonant awareness of what he put into his body in terms of food and recreational substances, and of how he took care of his health.

Sacred space can mean leaving room in our lives for something to be sacred—if not now, then someday. Perhaps as simply as by acknowledging we don’t know all the answers. Or that our answers might not be the ultimate answer, might merely be rest stops along the way.

Sacred space can as well act as a holding place in times of uncertainty or transition. It can be a system of meaning, rather than a literal place.

According to Erik Erikson, in the first stages of life we’re engaged in developmental tasks related to basic psychological functions, such as establishing trust and self-efficacy, and in developing a stable sense of identity. Another way of saying this is that we’re involved in consolidating the ego, the sense of “me” present in experience that makes it “my experience.” This time of life is a little like the Ptolemaic view of the universe, where everything—sun, moon, and stars—seemed to revolve around the earth. That’s us at the center of everything, and whatever happens is about us.

Often around the midpoint of life, we start picking up hints that we’re not going to increase and live forever. In Once Upon a Midlife, Allan Chinen describes how shocking this realization can be, accompanied by anxiety and grief. Especially at such a point, a sense of the sacred can act to ground us. As the fact of “me” begins to lose its apparent guarantee of continuance as well as its centrality (because how central to the universe can I be if I’m not going to be around?), the universe is less and less about me. But perhaps I become more and more about something else, something larger than me.

Carl Jung notes that, in this way, the ego becomes relativized and the process of individualization—becoming wholly who we were meant to be—is accomplished. We begin to live in a system of meaning where the earth revolves around the sun, the sun rotates through the galaxy, and the galaxy itself follows its own great attractor. Our experience then seems to participate in larger movements, whether those are our family or a cause in which we believe or humanity in general, a spiritual pathway or the life of the universe.

Ray tells me that if you go to the mosque to pray 40 mornings in a row, you will be able to meet Khid’r, a mystic figure in Islam, anywhere—in the market, on the street. Barbara tells me she sets a place at the Seder table every year for Elijah, who will someday return from his sojourn in heaven, so why not here, why not now? Beth tells me that when you practice Zen meditation, anything—even a drop of water falling into a bucket—can suddenly herald a glimpse into the nature of reality.

Here, we have the idea of ordinary daily space—and that includes the freeway where we’re caught in traffic, or the area where we keep our trash cans—suddenly converting to sacred.

A related idea is that all space is sacred already. Connie tells me a quotation from the Gospel of Thomas, where the figure of Jesus tells his disciples, “The kingdom of the father is spread out on the earth, and nobody recognizes it.”

If I’m already in a sacred space, what happens to my anxiety that is sometimes so intense? My craving for alcohol? The anger I feel at my partner when we disagree over small matters?

Sacred space can mean leaving room in our lives for something to be sacred—if not now, then someday. Perhaps as simply as by acknowledging we don’t know all the answers. Or that our answers might not be the ultimate answer, might merely be rest stops along the way. The possibility that even though something doesn’t seem to make sense to me, it still might make sense. That I am included in a great web of meaning, at home, wherever I am, with no chance of getting lost.