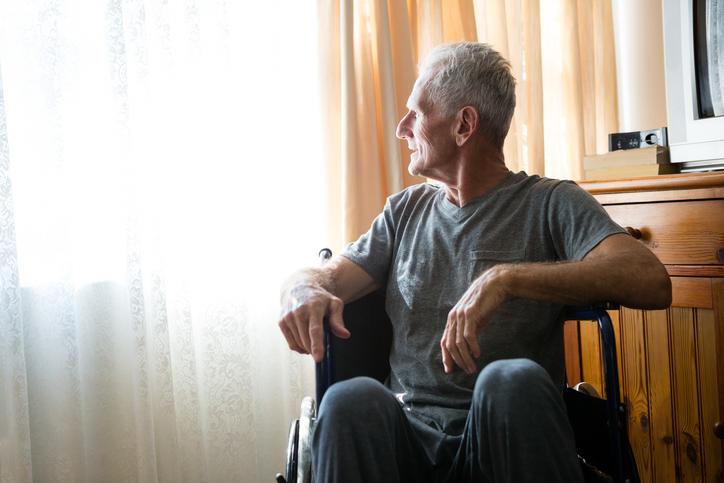 Elder abuse refers to intentional or unintentional harm, exploitation, or neglect of an older person by himself or herself, trusted individuals, acquaintances, or strangers in a domestic or institutionalized setting. Such acts violate an elderly person’s fundamental rights to safety, privacy, and expression.

Elder abuse is a significant problem in the United States. Over 500,000 cases of mistreatment against adults aged 60 or more are reported annually. Sadly, in the majority of these incidents the perpetrators of the abuse are members of the victim’s own family.

Types of Abuse Against Elders

Abuse toward older people can occur in various forms. The most common types of elder maltreatment include physical abuse, emotional or psychological abuse, neglect or abandonment, financial exploitation, sexual abuse, and health care fraud and abuse.

Physical elder abuse involves the deliberate use of force against an older person, resulting in bodily pain, injury, or permanent impairment. While abusive behaviors such as pushing, jostling, or hitting may readily come to mind, less obvious acts of physical abuse include the misuse of medication, the excessive use of restraints, or inappropriate confinement.

Emotional or psychological abuse may be verbal or nonverbal, leading to experiences of emotional or psychological distress in abuse victims. Spoken or written threats, taunts, and constant criticisms are widespread forms of verbal abuse. Elderly people encounter nonverbal abuse when they are ignored, isolated from loved ones, or terrorized by menacing looks or gestures.

Neglect is the most common form of abuse against older individuals, accounting for more than half of all reported cases. An abusive neglectful act occurs when an individual willfully refuses or unintentionally fails to perform his or her caregiving obligations. Ignorance or fervent denials of the fact that an elderly person may require more care often results in physical or mental injury to the elderly person.

As older individuals may be physically and/or mentally unable to manage their finances or property, they are often the victims of financial exploitation. Fake contests, fraudulent charities, and spurious investment opportunities are often targeted at elderly persons. Dishonest and unethical caregivers may misuse or steal cash, checks, credit cards, or even the victim’s identity.

Though sexual abuse is less prevalent than other forms of abuse in the senior population, it does occur. Sexual assaults against older people involve unauthorized and inappropriate physical contact. Forcing an elderly person to undress, view sexual acts, or watch pornographic material may also be deemed as sexually abusive in some cases.

Health care fraud and abuse occurs when unscrupulous doctors, nurses, or other hospital staff take advantage of elderly people for personal gain. These professional care providers may participate in unethical activities such as overcharging for healthcare, charging for care which was not administered, overmedicating, undermedicating, recommending bogus remedies, and facilitating Medicaid fraud.

It can be difficult to identify symptoms of elder abuse as they may be similar to the expected signs of physical and cognitive decline usually associated with old age. This fact, in conjunction with assurances from the caregiver that everything is fine, can easily contribute to a loved one overlooking warning signs for abuse. Typical signs of abusive treatment include distinct tension between the caregiver and care-receiver, as well as drastic personality changes in the elderly person.

Depending on the type of abuse an elderly person is experiencing, he or she may also display specific symptoms. Unexplained signs of bodily injury such as welts, scratches, bruises, scars, sprains, broken bones, or dislocations could indicate physical abuse. Other red flags for abusive behavior include signs of restraint on wrists or ankles, having too much or too little medication left over (based on the dosage instructions), and the caregiver refusing to allow the elderly person to meet with visitors alone.

If an older person is left unbathed for long periods, experiences sudden weight loss, is allowed to reside in an unsafe setting, or is routinely left alone in public areas, then there is a strong possibility that the elder is a victim of neglect. Large withdrawals from an elderly person’s bank account, suspicious financial activity (such as ATM withdrawals although the elder is bedridden), and sudden changes in financial documents, may suggest financial exploitation. Duplicate billings, overcrowded care facilities, and inappropriate or insufficient responses to healthcare questions may signal healthcare fraud and abuse.

There are many factors which could potentially contribute to the onset and perpetuation of elder abuse. If a caregiver is untrained, unable to cope with stress, receives little support, or views his or her caregiving responsibility as a burden, then the possibility that the caregiver may turn to abusive behaviors toward an elder increases. Debilitating illnesses, an elderly person's history with the caregiver, social isolation of the older person and the caregiver from other individuals, as well as the elder's own aggressive tendencies may also trigger the onset of abuse.

Several strategies can be employed to reduce the likelihood of elder abuse. These include:

If you know or strongly suspect that a family member or friend is a victim of elder abuse, you can call the local Adult Protective Services (APS). A quick search online for APS will help you get in touch with your local or state-based agency. APS will conduct a thorough investigation of the case and provide any necessary services. Your report will remain completely anonymous. Should you observe abuse in a professional healthcare facility, you can call your local ombudsman or local law enforcement.

Do not assume that an abused person will reach out for help if he or she needs it. Dependent older people who are experiencing abuse often fail to report the issue due to fear of retaliation from the caregiver, fear of being placed in a nursing home, feelings of shame, or a reluctance to cause legal problems for their family members.

Finding a qualified therapist is an effective and practical route for helping older people who have experienced abuse. Therapists can assist vulnerable elderly persons to resolve tension, cope with trauma, assess available resources, and make plans for safety. Sessions are available in individual, family, or group settings. In therapy, victims of abuse can overcome feelings of denial or shame, gain valuable education on the subject, and build stronger social support networks.

Perpetrators of abuse can also benefit from therapy. For example, in therapy an abusive caregiver may learn productive ways to deal with stress, develop coping skills, gain social support, or treat underlying mental health conditions such as anxiety or depression.