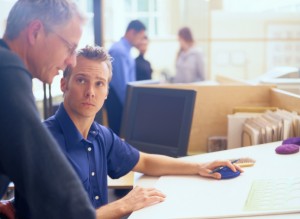 When I was a child, I heard a phrase that stuck in my memory: “You’re so impressionable.” I mulled over this phrase, trying to understand its meaning. One thing that was clear was that it was a criticism. It was wrong to be impressionable—to allow others to influence you, affect your behavior, change your mind. If you were deemed impressionable, it meant you were weak, you had no personality of your own, you were easy prey for others to manipulate.

These seem like legitimate concerns. Clearly, there are dangers in being too impressionable, too easily swayed by others’ opinions or actions, unable to choose for yourself. Heed the parental warning: “If everyone jumped off a cliff, would you jump, too?”

But we mustn’t throw the baby out with the bathwater. Just as every coin has two sides, so does being impressionable. There are positive attributes to being impressionable that should be encouraged. The ability to allow people, ideas, and experiences outside of ourselves to make an impression on us is also a gift and a skill.

It’s a gift when a person can read an inspiring quote and become inspired. To be susceptible to the powers of a good movie or book to alter our perspectives on an issue, a person, or even ourselves is growth. Art has the power to alter our view of the world in very positive ways, if we allow it.

The world is full of people who have learned things we could all learn, enjoying things we could all enjoy, behaving in ways that would benefit us all. Whether it’s learning compassion from Mother Theresa or the joy of baking from Martha Stewart, the more we let others influence us, the fuller we get.

Years ago, I observed with awe as my friend Lorraine moved through a room full of strangers, greeting people warmly, as if she were the host. It was amazing to see people respond to her, sometimes welcoming and sometimes dismissing, while she floated through the crowd unfazed by rejection, enjoying herself. This presented a new way of behaving for me. I usually just chatted with the one or two people I was with. I admired her freedom and playfulness. She took me for a lap around the room and I got to experience firsthand what it was like to be that friendly and engaging. Ever since, I have attempted to incorporate her behavior into my own.

In therapy, I often see people who experience depression, anxiety, and low self-esteem. The scale of what is influencing them is imbalanced. Fear, self-criticism, and negative beliefs are being listened to as if they’re gospel. Positive beliefs, on the other hand, such as hope, love, and beauty, are banging on a locked, steel door, hoping to be let in. These people would benefit greatly from becoming more easily influenced by positive messages in their lives.

There is no denying that life can be difficult. In life, there is both pain and fear. But there is also no shortage of beauty and inspiration surrounding us. To become impressionable to beauty might allow the sunlight, caught in a raindrop on a leaf, to spread the warmth of happiness through your chest, like sipping a warm cup of tea. Hearing a beautiful piece of music might reignite your faith in humankind.