You Can’t Change Others, but You Can Change Your Seat 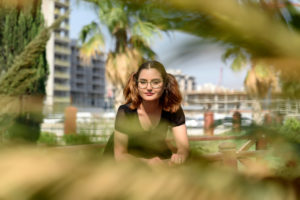 There were three sisters: May, Eileen, and Rose. May and Rose were best friends forever, but only with each other, not with Eileen. Eileen, long considered the “weird” one, was always left out. She was more down-to-earth and artistic, but all three sisters were talented in different ways. Nevertheless, Rose and May often ganged up on Eileen and bullied her, and their mother never intervened.

They were part of a large family that had its problems. The girls’ mother had decided her own sisters, cousins, etc.—most of her family, in fact—didn’t cut it; they just weren’t worth her time. May and Rose agreed, but Eileen liked them and, maybe because of the way her sisters treated her, tried extra hard to make friends with her mother’s extended family. And she succeeded. Her other relatives liked her very much. Once, her cousin asked her how come she was so nice and her sisters and mother were so mean.

Many of us have relatives who make us feel really bad, who don’t respect us, who we wouldn’t even talk to if they weren’t our cousins or sisters or whatever. Of course, you’ll meet one another at various family affairs, and you have to be polite, but how do you stand it? An afternoon with some people can make you ready to hide under your bed and never come out, you feel so terrible about yourself.

Notice I said, “You feel so terrible about yourself.” You feel terrible because of the nasty way they have treated you. They, the aggressors, are the ones who should feel terrible. Why take their nastiness inside? It doesn’t belong to you, after all; it belongs to the person giving it to you. Don’t pick it up. Don’t own it.

How else can you defend yourself? This is what Eileen did: She and her sisters were waiting for a plane together; everybody was pretty tired and bored, but Rose and May took advantage of the downtime to take their frustration out on Eileen as they sat together eating sandwiches. In the past, Eileen would have eaten in silence and choked down her food. This time she decided to eat somewhere else. She stood up and moved to another seat where she could eat her lunch in peace.

There are people who feel so bad about themselves they can only feel okay if they hand those bad feelings off to someone else. That’s how they get rid of their bad feelings and feel good—they make you feel lousy about yourself, and then they can feel better. Instead of taking responsibility for their feelings, they simply pass them on.

She still felt bad about how her sisters treated her, but she realized one truth: That’s how they roll; she is not going to change them. But what she could change was her reaction to them. Eileen’s next task was to take their criticisms of her as expressions of how they felt about themselves. She had to remember that what they were saying had nothing to do with her; it was about them. So her new mantra went, “It’s not about me.” And then she had to drop it—just ditch the poisonous feelings her sisters gave her.

There are people, May and Rose among them, who feel so bad about themselves they can only feel okay if they hand those bad feelings off to someone else. That’s how they get rid of their bad feelings and feel good—they make you feel lousy about yourself, and then they can feel better. Instead of taking responsibility for their feelings, they simply pass them on. They are all about, “I’m okay and you’re not,” like the mean kids in high school.

Which reminds me: When I was in college, there were two cafeterias: a large one and a small one. I was younger than everybody else—I started college when I was 16, and I felt scared and out of place. At first I ate in the large cafeteria, but it turned out there were some mean kids who saw how timid I felt and bullied me. I wanted to be friends, so I took it for a while, but when I finally had enough I moved over to the small cafeteria and made good friends with people there.

I didn’t just change my seat. I moved to another room entirely.

Do what you need to do.