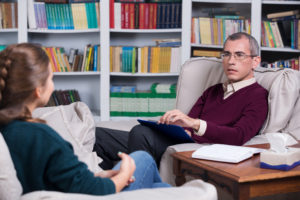 Like a megawatt flashlight, #MeToo is uncovering a long-standing and pervasive shadow world where role and rank power have been used for illicit sexual gain. Women are coming forward in the greatest numbers, but people of all genders have been and are still being humiliated and wounded by unwanted sexual advances. In many cases, the use of privileges and threats have maintained a forced silence on the part of those who have been wounded and humiliated. As painful as it may be to learn of these many, many instances of sexual harassment and assault, truth is the first step toward healing and repair.  Sincere questions about “why” are important, though a typical first response may be “because they can.”

Indeed, when you have higher role and/or rank power, you can abuse that authority by granting or withholding privileges and punishments, you can use threats and shaming to force silence, and you can use your greater influence to manipulate an individual with less power by persuading them that they are being chosen because they are special. Usually, you can also, as we are seeing, get away with this behavior with little or no consequences because of your role or rank. Self-serving power is often addictive.

Role and rank power can also be used wisely and well, although instances of non-self-serving uses of power don’t generally make the news and may even be unnoticed because the relationships are healthy and productive. While there is a stratum of people who habitually abuse their role and rank power causing egregious harm, there are many, many more people make mistakes with sex, touch, and/or innuendo and are able to apologize, repair and learn from their mistakes and then not repeat them. It is important to make this distinction between habitual abusers who deny their behavior and people who mean well and made a mistake but apologized and worked to change, were misunderstood, or were falsely accused.

The Ethics of Touch: Intention and Impact

Sexual energy or sexual current is a normal, healthy, pleasurable and nourishing experience. In itself, it is not bad or shameful. Sexual intimacy, an expression of the human longing for love, cherishing, and nurturing, is a significant human need, a profound biological urge, and a major gateway to a transcendent state of consciousness. Romantic fantasies of being desired and fully alive are very deep and compelling.

Though sexuality is a natural part of life, the misuse of sexuality can easily be harmful. Overt and covert sexual abuse, disorders relating to sexual desire and behavior, sexual dysfunction, sexual confusion, misconceptions portrayed through pornography, low self-esteem, poor societal and familial boundaries, and shame can all contribute to the rampant sexual wounding in our world.

Sexual feelings are often experienced as difficult, vulnerable, embarrassing, shameful, and inappropriate as subjects of conversation. It can therefore be challenging for either caregiver or person in therapy to bring these feelings into the open.

The subtleties of intention and impact in sexual dynamics may also elude many practitioners. From research by Gabbard we find that “although a percentage of abusing therapists is unquestionably predatory by design, studies indicate that a larger percentage become swept up in powerful transference-counter-transference enactments in which all perspective is lost and grossly misguided action occurs…”

Other research shows that, although many therapists who take sexual advantage of the people they work with do believe sexual involvement with a person in therapy is harmful, they also believe their case was a special one that did not cause harm but may have even had therapeutic value to the person in their care.

There are complex reasons for such misguided confusion. A few are named here. Sexuality is a topic that remains extremely difficult to approach between people in helping relationships. We are called to compassion rather than shame. Sexual feelings are often experienced as difficult, vulnerable, embarrassing, shameful, and inappropriate as subjects of conversation. It can therefore be challenging for either caregiver or person in therapy to bring these feelings into the open. These feelings are also not often brought to supervision, and when feelings like these are not talked about, they may become exaggerated or repressed.

Here is an example of the subtlety and complexity that can often accompany sexual issues. Reverend John was the youth minister of a community church. One of the teenagers in his youth group came to him in great distress and tears of grief over the death of her beloved dog. Rev. John reached his hand out and put it on her shoulder to comfort her. She experienced this as a sexual advance and reported the incident to the church board.

Was John unconsciously or consciously being sexual? Did John have unmet needs for intimacy in his life? Had the teenager been sexually wounded and thus triggered by any touch from a man? Was John not tracking her caution around touch and the impact of the touch so that he could resolve the situation before it escalated? Why didn’t John ask permission to comfort her with a gentle touch on her shoulder? Was the teenager having some other difficulty with John that she couldn’t talk about?

These are the kinds of complex issues that arise around sexuality and touch. No wonder inappropriate sexual intimacy is a frequent category for ethical grievances for people in the helping professions, such as clergy! Sexual intimacy can cause much harm to people in therapy.

Some people pursing therapy may interpret a therapist’s compassionate acceptance as sexual attraction. Individuals who confuse sex with love, something seen often in those with sexual abuse in their backgrounds, may be especially at risk. Therapists may also confuse the therapeutic closeness with a desire for sexual intimacy. As Kottler and Van Hoose put it, “An ethical therapist realizes that clients are unusually susceptible to feelings of adoration for their therapists, and that affection can be translated into sexual desire.”

Caregivers might also have unmet needs for intimacy that unintentionally “leak” into their relationships with the people they are working with. Caregivers may have an undeveloped or inaccurate level of self-awareness about the impact of their behavior and may not realize when their behavior is experienced as seductive. Most practitioners will in great likelihood encounter these situations at some point in their career, and the knowledge of the subtle impacts of the power differential is paramount in maintaining impeccability while putting aside personal needs.

How Normalizing Sexuality Can Help

Sexuality is a highly personal and private experience that is seldom talked about openly enough to normalize it. Because it is personal and private, and because it is rare to ask for and receive feedback about it, widely varied interpretations of the same covert or overt sexual behaviors that could erode ethical boundaries are rarely discussed.

Sexual current, being an essential life force, will be present in relationships. Sexual energy is compelling. Sexual intimacy; sexually intimate or explicit language; or behavior that is seductive, suggestive, demeaning, exploitative, or harassing is never appropriate in any relationship with a power differential. Bringing these issues to light, and learning how to handle them in effective and appropriate ways, may be a key factor in ending abuses of power such as exploitation and harassment.

The issues described here can easily be transposed beyond psychotherapy into leadership roles in general. It may be challenging, but it is worth the effort to learn how to normalize sexuality. These sexual feelings can be understood and sublimated or redirected appropriately so that the practitioner or person with greater role power doesn’t take advantage of people seeking care or others under their authority.