Why ‘Time’s Up’ in Therapy Should Be Difficult to Hear 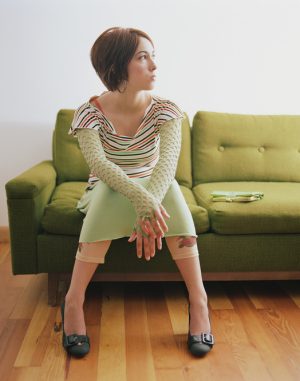 “Ending a therapy session is a hostile act.”

This was said to me by my therapist once after we discussed how, regardless of whether I had a “good” session or a frustrating one, I usually felt annoyed at the end. Either I was upset it was over and afraid of losing momentum, or I was upset we didn’t get to the heart of what I wanted to talk about. I’d question whether anything really changed because of the therapy session, and I didn’t recognize the importance of the feelings that arose at the end of a session or what that ending was doing to me.

Unfortunately, that annoyance inevitably dissolved by the start of the next session. A whole other week had passed, and other things had come up. Feelings (as they are wont to do) had come and gone. It was difficult to find a way to process that fleeting end-of-session feeling.

Holding on to Feelings Between Therapy Sessions

I tried several ways to hold on to the feeling I’d have at the end of a session because I believed it was important. With one previous therapist, I got permission to record our sessions and then listen to the recording on the way to my next session. (I stole this idea from Irvin Yalom.) The idea was to connect each session to the previous one. This technique didn’t last. It was too much of a commitment: spending a whole other chunk of time rehashing the previous week. Also, it didn’t take into consideration what I was feeling at the time of the new session, which was just as valid.

Another tactic I tried was to jot down notes as I left therapy. I’d write down any insights I thought I’d want to return to or ideas I thought about as the session ended. I’d try to record associations I made later that day or that week. This helped a little (sometimes I still do this).

Doing that had reminded me of how I used to go to a coffee shop near my therapist’s office and journal for a while before meeting with her. That journaling became agenda writing: I’d compile a list of all the stuff I wanted to make sure we spoke about.

Gosh, I was working hard. And sometimes we’d get to a lot of that agenda. We’d really get somewhere and I’d settle in to how I was feeling and …

“More to say next week.”

She could end at 45 minutes, but I had to keep living my life. I had to go back out into the world and manage and deal and, well, I wanted to be finished. Complete. My therapist hadn’t done her job because I needed to come back next week, right?

“That’s all the time we have.”

Those phrases would annoy me so much. They made me feel that, to my therapist, I was only 45 minutes’ worth of purging. She could end at 45 minutes, but I had to keep living my life. I had to go back out into the world and manage and deal and, well, I wanted to be finished. Complete. My therapist hadn’t done her job because I needed to come back next week, right?

It took a long time for me to realize this was anger.

It took a while to express it as anger.

It took quite some time (and another therapist—a man this time) to relate that anger at being “cut off” to all the other shames and endings and cut-offs in my life.

Talk to Your Therapist About These Feelings

This is the relational part of many types of therapy. It’s bringing real-world emotion into the therapy room where it’s most potent, where it can be held and fully expressed.

Written into the process of therapy is that the caring, patient, empathic person you’re paying to listen to you and witness your life will tell you time is up. That should suck. That should make you upset. And you should say all that to your therapist. And if you’re aware of those feelings at the end of a session, let your therapist know you need help expressing them at the next session.

I do the same thing now. I tell people it’s time to end a session and they have all kinds of feelings. Sometimes there’s relief. Often there’s annoyance. Sometimes there’s intense anger. But I’m always glad when they have enough courage to tell me how they feel about it.

Sometimes I’m brave enough to tell my therapist as well.