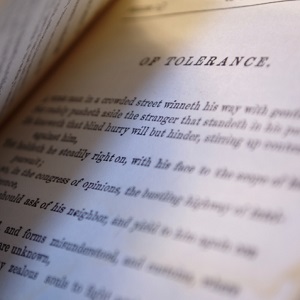 If you’ve plugged in any electronic device or spent even a second watching the news this week, you probably know about the racist remarks allegedly made by Los Angeles Clippers owner Donald Sterling. In a tape surreptitiously recorded by Sterling’s now ex-girlfriend, V. Stiviano, Sterling can be heard making a host of offensive and racist remarks.

He allegedly requests that his girlfriend avoid bringing African-Americans to Clippers games and that she refrain from taking photos with or being seen in public with racial minorities. In a separate recording, Sterling allegedly remarks that black Jewish people are “a hundred percent” less than white Jewish people, and that blacks are treated “like dogs” in Israel.

NBA Commissioner Adam Silver responded to the leaked tapes by banning Sterling from NBA games for life. He’s also stated that he wants to force Sterling to sell his team.

Although it’s easy enough to find stories of Sterling’s allegedly overtly racist behavior, the attitudes conveyed in the most recent tape convey prejudice that necessarily affects daily behavior. Even players who didn’t experience overt racism may still recall subtle instances of racism. Sociologists call this type of covert racism microaggression.

Examples of microaggression include:

Over time, these microaggressions can affect everything from self-esteem to work and educational performance. A team overseen by Sterling may have allowed such aggression to proliferate for years, if not decades.

Equally important, though, is the reminder Sterling provides to all members of racially privileged groups: It’s easy for privileged people to forget about the racism and aggression minorities experience on an everyday basis. Sterling’s recording doesn’t have to be just another reminder of an unjust world. It can be a wake-up call that each and every one of us needs to monitor the way we treat others and ensure that we don’t allow our own biases to harm others.