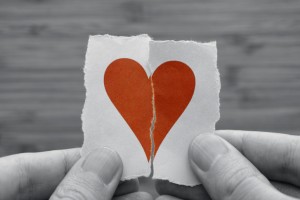 I recently attended a presentation on infidelity. At one point, I turned to a colleague and whispered, “When a couple calls me and reports an affair, I get excited about working with them.” My colleague looked at me wide-eyed and said, “All the time?”

My colleague knows the devastation affairs can have on relationships, as do I, but from this brief exchange I could see that we had different views on the matter.

My clinical experience over the past 11 years has taught me this: when a partner has an affair, it is a radical move. As a result, the partners wake up. If apathy and boredom were symptoms of the primary relationship, well, the affair was the antidote.

So when I say “excited,” I do not mean happy. I am eager to work with them. Like theirs, my energy becomes mobilized.

When couples commit to the work of affair recovery, they can become closer and more connected than they have ever been.

Let me give you an example. I’m currently working with a couple I’ll call “Karen” and “Curtis,” married seven years. Curtis cheated on Karen twice with a woman he met at a bar about eight months ago. Karen found the text exchanges shortly after the last encounter. Karen was angry, shocked, devastated, and confused. A few weeks after the discovery, they called me for an appointment.

Over the past seven months, we’ve met weekly to process the affair, their marriage, and their future potential together. Some sessions have felt downright heartrending—for both of them. As I bore witness, my own heart was not spared pain.

We stayed in that dark place for a while because we needed to sit in the muck. Karen and Curtis had to face their problems together. After processing the initial trauma of the affair, they were able to make room for the problems that led them there, including their long-term disconnection and lack of sex for six years.

One day, I said, “Let’s talk about the benefits of this affair.” With the same wide-eyed look my colleague gave me, they stared at me, silent. “Seriously,” I said, “tell me what you think the benefits might be.”

After a few minutes, they began:

This couple came into my office six months ago distraught, feeling guilty, and pain-stricken, yet they rattled off eight beautiful and distinct ways they have improved their marriage.

As a therapist who works extensively with couples, I hold great hope for the ones who call me with the discovery or disclosure of an affair. Others might assume a dead relationship with nowhere else to go.

I, too, assume a dead relationship. For Karen and Curtis, their previous marriage is over. Our work now involves creating a new, improved, more meaningful marriage.

Perhaps the distinctive quality between a therapist who dreads “the affair” problem and one who becomes “excited” by the disclosure comes down to perspective. We might work from the same toolbox, but the qualifying difference between repair and ruin might be the therapist’s belief in the work and in his or her hope for the couple.

To me, renewal is very possible. So, the answer is yes; I get excited every single time.