Why Hiding Who We Are Hurts Us 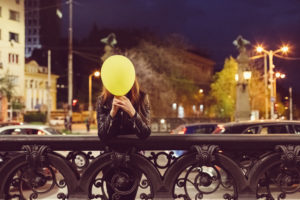 In my first meeting with Nora and Jeff, Nora told me (actually, she was yelling and crying): “He’s so passive, he’s driving me crazy. Jeff never lets me know what he’s thinking. He doesn’t make clear what he wants; when we disagree, he doesn’t explain what he thinks or feels.” As I got to know Nora and Jeff, I could imagine that most people would describe Jeff as a passive person—not actively taking part, compliant, meek. But I have come to understand that, more accurately, Jeff is a person in hiding.

While both Nora and Jeff contributed to the difficulties in their relationship, I am going to focus on Jeff.

Several months into my work with the couple, this particular session was not the typical discussion of the vicious circle where Jeff’s passivity evokes Nora’s anger which makes Jeff more passive and around they go. Instead, Jeff started the session. Looking frightened but sounding more filled with feelings than usual, he told Nora: “I’m tired of this fighting. I’ve tried so hard to give you what you want, to be the good guy. All you do is criticize me and make me feel like the bad guy. You’re always screaming, but now I do feel like the bad one. This isn’t me. I’m always the good guy. I can’t stand that you don’t see me that way anymore. I don’t know what to do.”

In my work with Jeff and Nora, I learned a lot about Jeff’s need to hide and came to understand his passivity as his way of hiding himself to stay safe. Jeff projected a self to the world that was easygoing, undemanding, and kind. In our sessions, Jeff slowly revealed how this was not how he felt about himself: “I can’t say I like myself very much or think very highly of myself. I don’t know. Maybe it has to do with having such critical parents. They were horrible. They always laughed about my appearance: look at his big ears; his voice is so squeaky; ooh, he’s so hairy. They made me feel ashamed. They didn’t like my friends, complained about how I ate, dressed, ugh, everything. I finally learned to tune them out. From the time I was, I guess, about 8 or 9, I stopped reacting. I suppose I do that with everyone now.”

Nora started to cry softly in response to Jeff: “I had no idea; you never told me any of this. I’m so sorry your parents were so mean to you.”

Jeff looked shocked by Nora’s tears and words: “I don’t want you to feel sorry for me. I hate that! I can’t stand it. Now you both are going to think there is something wrong with me. I never should have said anything.”

Jeff’s “saying something” was the start of expressing his “true self,” which his false self had kept hidden and safe from harm. His false self had been engaging with a world that could be emotionally destructive and dangerous. Consequently, Jeff wasn’t totally familiar with the Jeff who had been kept in hiding. He had done a good job of protecting his young self from intolerable feelings of shame, hurt, and rage. Unfortunately, with the “true self” in hiding, there was little opportunity for Jeff to grow and develop through relationships in the real world.

The false self develops as an adaptation that protects the individual and makes it possible for the “true self” to go into hiding. Often, the development of the false self is unconscious, and the individual may not be aware that this defense is protecting him (or her) from intolerable feelings. Over time, awareness may develop that the “me” who is acting in the world is “not me.” As these “not me” feelings get stronger, the feelings of being loved, being successful, deserving of recognition, etc., cannot be felt as me, or as the “true self.” It is, after all, “not me” who is loved, admired, or successful. This leaves no room for good self-feelings and frequently results in increased hiding to diminish the risks of being seen and known.

As the individual becomes increasingly aware of the false self adaptation, he (or she) is also aware that he (or she) may not know what will appear when the “true self” begins to emerge. It feels risky to be vulnerable and speak one’s feelings. How the person will be responded to is an unknown. The false self emerged early in development and was successful in protecting the person from intolerable feelings. Now that the false self no longer protects so well, it takes courage to begin to allow the true self to emerge. There are no assurances that the old shaming ways that required the adaptation to a false self won’t be repeated. Jeff’s relating of his early experiences with his parents, his shame, and his negative self-feelings were a brave expression of his “true self.”

To be intimate with another assumes a personal closeness, familiarity, and a knowing of the other. Jeff and Nora had difficulty being intimate because Jeff was in hiding and Nora had no sense of a real other self to relate to. In one session, Nora turned to Jeff and described her struggle: “I think I love you, I want to love you, but sometimes I don’t know who you are. I want this to work, but I rarely feel I know what you want.”

Sadly, no matter what loving or affectionate feelings Nora might have been able to feel for Jeff, he felt it was “not me” who was being loved. As a false self, he had no way to experience that Nora’s loving feelings had anything to do with what was true or real about him. As Jeff became more interested in shedding his false self and developing his “true self,” he was handicapped in his ability to be intimate since he didn’t feel he was a person of substance with thoughts, feelings, needs, and desires with which he could relate to Nora. It takes a strong desire and a good deal of courage to overcome the anxiety of risking a repeat of the shame and hurt as one begins to let oneself know what they are feeling and then allow the vulnerability to share oneself with significant others and then ultimately the world. Jeff is working on this with Nora and is making slow but steady progress.

Who am I? What do I want, think, need, believe? What do I like, hate, fear, love? These are only some of the basic questions we wrestle with as we grow and develop our identities. When we grow up in an environment that feels dangerous or destructive, we need to find a safe way to protect ourselves from mistreatment and intolerable feelings. But when we adapt to a false self, we frequently miss the opportunity to develop the answers to these questions.

Who we know ourselves to be is based on the accumulation of our continuing experiences of the interactions between ourselves and others. This relational dialogue—all these back-and-forth responses—are the building blocks of self-knowledge. We develop the ability to self-reflect and think about self and other. We discover what we want and don’t want. We learn how to get what we want and from whom. But we can’t do this when we keep ourselves hidden from the world. The “true self” must participate in these interactions if we are to come to know who we are.

The development of a sense of identity—this is who I am; this is what I know and feel about me—helps us to locate ourselves in the world. The sense of self that we carry with us, including feelings of confidence and self-esteem, are constantly evolving as we engage in our relationships in the world. When we sequester our “true self” to keep it safe, it loses the opportunity to have “true self” experiences, which are the building blocks of identity. The false self may have kept Jeff safe from intolerable feelings, but it deprived him of becoming a person who could see himself and be seen as a person with a large number of positive and negative attributes (valuable, funny, smart, stubborn, courageous, mean, loving, etc.).

Jeff and Nora have a lot of work to do individually and with each other if they are going to be able to develop a trusting, loving, intimate relationship. When our defenses no longer protect us, as when Jeff’s false self no longer protected him from intolerable feelings of shame, badness, and anger, we become more motivated to make changes in the way we think about ourselves as individuals and in relationships. Jeff’s growing awareness of how hiding himself was damaging not only to his relationship with Nora, but also to himself, became a driver of his openness to learning the ways in which hiding himself was having severe consequences in his life.