Why Do Children Lie? Normal, Compulsive, and Pathological Lying in Kids 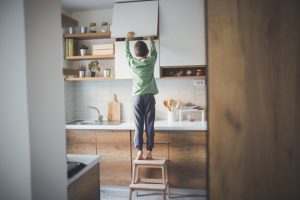 Lying is developmentally normal for children of all ages, even when a child lies frequently. Lying allows children to test the boundaries between fantasy and reality, to protect themselves from the consequences of their actions, and to better understand how other people think.

Some parents worry their children may become pathological or compulsive liars. However, lying is rarely cause for concern in children. Parents who worry about their child’s lying should know that lying is developmentally normal and may even be a sign that a child is hitting appropriate developmental milestones.

Nevertheless, some lying may signal a deeper problem, such as a mental health issue or a tendency to manipulate others. Parents concerned about their child’s lying should seek help from a therapist or a pediatrician. An expert who has experience working with children can help parents understand whether lying is age-appropriate or indicative of a potential problem.

Those who do distinguish pathological and compulsive lying from one another argue that the difference is one of intent. Pathological liars may lie for no clear reason, seemingly without planning or motive. For example, a child might claim something happened when it clearly did not, even when there is no reason—such as fear or wishful thinking—for them to do so.

Compulsive liars may use lying to get things they want or need or to escape punishment. This type of lying is much more common among children and is developmentally typical at many ages. For instance, a child might say they didn’t eat a slice of cake, even as their mouth is covered with crumbs. Or they might tell a story about a present they never received because they wish someone had given them that present.

Signs of Compulsive Lying in Children

Some warning signs a child’s lying might be a problem and not just developmentally typical behavior include:

Even when a child shows these symptoms, lying may be developmentally normal. It often goes away on its own without treatment or intervention. Numerous studies have even shown that lying can be a sign of empathy and appropriate social development.

Lying tends to peak between the ages of 3 to 8. Thereafter, children’s lies become more sophisticated and center around bolstering self-esteem and avoiding punishment.

Why Is My Child Lying?

Children lie for a wide variety of developmentally typical reasons. Those include:

Children may also lie for reasons that point to an underlying mental health issue. Those include:

Lying can be frustrating to parents, even when it is developmentally normal. A therapist can help parents determine whether lying is age-typical or the sign of a more serious problem.

Family therapy can help parents and children communicate better. Parents may learn strategies that reduce their child’s desire and incentive to lie. For example, rather than asking a child if they have broken the rules when the evidence suggests they have, a parent might simply talk about the broken rule. If a child lies because they fear punishment, therapy can help a parent and child move beyond fear and create fair, consistent family rules.

When a child’s lying causes problems for the child or family, individual counseling can support the child and help them lie less. A therapist may work with the child to ease anxiety and depression, boost self-esteem, and develop a strong sense of self. Children with a history of trauma may need help to process and talk about the trauma. Children with personality disorders may benefit from specific therapeutic techniques such as dialectical behavior therapy for borderline personality.