Where Do You Fall on the Spectrum of Alcohol Use? 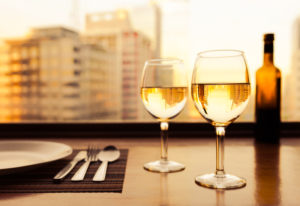 Not everyone who drinks alcohol has a drinking problem. Most people fall on a continuum of alcohol use throughout their lives. An increase in alcohol use and problems associated with it is typically gradual. No one becomes dependent on alcohol upon their first sip.

Check out where you fall on the spectrum of alcohol use:

This first stage is often driven by curiosity about what alcohol does and what it tastes like. This often occurs during the teenage years. First-time alcohol users often want to see what all the fuss is about. After trying it, some decide they can take it or leave it. Others will have too much, pray to the “porcelain god,” and not drink again for a long time, having gained a better understanding of their limits.

A small percentage of first-time drinkers will describe their first intoxication as “meeting my best friend,” “finding the answer to my problems,” or “something I couldn’t wait to do again.” This population has experienced not only the chemical change associated with alcohol, but also a physiological rush. Dr. Nora Volkow, head of the National Institute on Drug Abuse since 2003, describes this as a hijacking of the brain. It is like flipping a switch. Once on, it stays on. This group of drinkers may develop addiction if their alcohol use continues. The experimental use of alcohol becomes potentially dangerous when curiosity is quenched, yet the person returns for more.

Occasional users are not preoccupied with drinking. They often drink only in social situations like when they go out to eat, attend a party, celebrate an important event, or want to relax on some weekends. Left unsupervised, teenagers may choose to consume alcohol as part of an event like homecoming, prom, or a concert. This type of drinking is often not a major concern; however, younger drinkers tend to drink more for effect and to binge drink to become intoxicated, potentially leading to problematic or dangerous behaviors.

Situational use is also not usually a problem. However, the amount and frequency of alcohol use begins to increase. What was once special-occasion drinking becomes more consistent and may be associated with specific events such as every weekend, parties, birthdays, sporting events, clubs, and other such things.

Bingeing can be a part of normal experimentation. The person who experiences the consequences of drinking too much and refrains from use for a period of time may not develop a problem, whereas a problem drinker may experience the consequence yet do the same thing the very next night, weekend, or party.

A binge drinker is someone who consumes a large quantity of alcohol—usually five or more drinks in two hours for men and four or more drinks for women—with the intent of becoming intoxicated. Bingeing can be a part of normal experimentation. The person who experiences the consequences of drinking too much and refrains from use for a period of time may not develop a problem, whereas a problem drinker may experience the consequence yet do the same thing the very next night, weekend, or party.

In this middle part of the spectrum are individuals who drink too much or drink on a regular basis. They may drink in college, in early adulthood, after a breakup, in a crisis period, or because of grief. Many people in this group recognize that their drinking, either the amount or the frequency, is getting out of control and can make some behavioral and lifestyle changes to bring it back to a non-detrimental level.

The National Institute on Alcohol Abuse and Alcoholism estimates about 28% of adults drink at levels that put them at risk for alcohol dependence and alcohol-related problems. They include these next two areas:

This consumption pattern tends not to occur every day and is not a problem every time a person drinks; however, it is beginning to cause problems. Many drinkers will slow down or stop drinking when they have had a fight, developed a health problem, or faced legal consequences. People who abuse alcohol tend to continue their drinking patterns despite recurrent problems.

The person who abuses alcohol tends to drink in a larger amount than others and does so more frequently. However, at this stage, many people either minimize the existence of a problem or deny alcohol’s impact. They may say such things as “I can stop anytime I want,” “It’s not like I drink every day,” or “I’m not as bad as _____.”

At this stage, alcohol use has become a serious problem, and the person may be commonly described as an “alcoholic.” Someone who is dependent on alcohol tends to imbibe on a very regular basis and in large quantities, needing it to function despite having suffered severe consequences such as DUIs and losing something of importance or value to them—spouse, child, job, home, or health.

When someone is dependent on alcohol, the body has changed. The person has developed a tolerance to alcohol, meaning increasing amounts are necessary to achieve the same effect. This person may also experience withdrawal symptoms if denied alcohol, including physiological responses such as delirium tremens (the shakes), seizures, hallucinations, delusions, heart attack, or stroke. These are dangerous, can be life threatening, and may require medical attention.

Only a small percentage of the population, about 6%, is dependent on alcohol. People who are alcohol dependent or experiencing a severe alcohol use issue are what many nondrinkers, drinkers, and even treatment providers picture when they think of someone with a drinking problem. This 6% of individuals may be the ones you compare yourself to in order to validate that you do not have a drinking problem.

So, where do you fall on the spectrum of alcohol use? What are you willing to do about it?