When Your Partner Won’t Go to Therapy 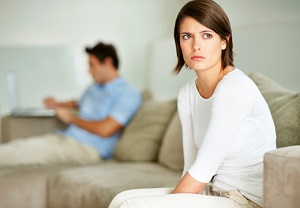 Couples counseling can work wonders in a relationship, helping each partner to see the other’s perspective and empowering a couple to adopt love-affirming habits that meet one another’s needs. Relationship experts and therapists may recommend couples counseling for a broad variety of issues ranging from financial problems to infidelity, and some people view couples counseling as the panacea that will cure an ailing marriage.

If your spouse won’t go to marriage counseling, you might feel betrayed or unwanted, but pushing your spouse into counseling against his or her will can be just as damaging as the problems that led you to therapy in the first place. Instead, it’s best to try to work through the resistance as a couple and, if all else fails, try going by yourself.

Talking About It
If your spouse won’t go to therapy, your feelings of rejection can quickly get in the way of investigating your spouse’s feelings. Rather than assuming you know why he or she won’t go therapy, talk about the issue instead. Some people are concerned that therapy will make their marriage worse, while others feel that therapy is a stigmatizing process. Once you understand the reason your spouse won’t go, you can work through the issue together and decide whether therapy is a wise choice.

Alternatives to Therapy
Although therapy can improve your marriage, it’s not the only thing that works. Talk to your spouse and see if he or she might be willing to try an alternative approach. You might, for example, have a weekly meeting during which you talk about the state of your relationship, each resolve to do a favor for the other every day, take 10 minutes each day to listen to your spouse’s feelings, or spend the money you would spend on therapy on a romantic weekly outing. Spending quality time together and validating one another’s feelings can improve your marriage even without therapy, and are two of the skills many marriage counselors focus on.

When to Worry
There’s a big difference between refusing therapy and refusing to work on the marriage. But if your spouse refuses to make any changes, to talk about issues within your relationship, or to adopt any strategy at all designed to help your marriage, this is a problem. Refusing to make any changes at all and ignoring a spouse’s legitimate needs is a form of emotional abuse. However, it could be that your spouse is feeling down about your marriage or depressed. Whether refusing to work on the marriage is a controlling, manipulative tactic or the product of hopelessness, you can benefit from going to therapy without your spouse.

Going Alone
Marriage isn’t always equal, and there may be times when you or your spouse works harder on the relationship. If you want to improve your marriage, working on yourself—even without your spouse—can be a powerful first step. As you begin to make changes, your spouse’s behavior may also change. And in some cases, your spouse might be so curious about what happens in therapy that he or she feels compelled to go with you. Even if your spouse never goes to therapy, however, going alone can help you deal with the stress of marital problems and, if your spouse refuses to work on these problems, help you figure out your next steps.