When Platonic and Romantic Worlds Collide 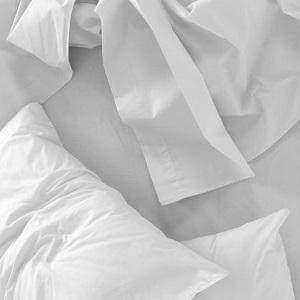 When I was first licensed as a marriage therapist, more than 30 years ago, I didn’t plan on obtaining additional training and certification as a clinical sexologist. Back then, I was fascinated with who we are and how we are in relationship with others—especially those we become intimately involved with and marry. (How wonderful that, these days, more and more same-gender couples also have the option to marry!)

I returned to postgraduate education when I realized that my previous education, although thorough, had not prepared me to help individuals and couples deal with sex. I quickly discovered that sex therapy as it’s usually practiced is performance-oriented, devoted almost exclusively to manufacturing orgasms. Sex is not primarily about performance at all; it’s more about intimacy—the shape our relationships take and the boundaries we create about “friendship.”

Most people seek sex therapy because they have great difficulty trusting intimacy (into-me-see!). It’s difficult for them to truly allow another person to touch them, to become truly close, skin to skin, face to face. (Perhaps this is why so many of us close our eyes when we’re sexually intimate with another person.) Of course, there are times when sexual intercourse can become an escape from intimacy, but that’s another article.

As children and teens, we usually learn that the only truly valuable male-female relationships are those with romantic potential. As a result, many heterosexual guys and girls approach one another as potential sex partners rather than as friends. (In this article, I’m focusing on opposite-gender relationships, remembering that LGBT folks have their own challenges when it comes to romance.)

Platonic male-female friendships can be fulfilling, but they often become endangered if one person starts to feel sexual and the person’s feelings are unrequited. Knowing that a friend wants romance when you don’t can be uncomfortable, as most of us know. If given the time and understanding to cool down, this nonsexual friendship might flourish for years to come, which is often not the case with romantic affairs, for all their drama. Scary stuff!

Over the years, I’ve worked with numerous people filled with shameful fear about the fact they are virgins past 40 or 50 years old. The shame? Based on the idea that no one “wanted”  them. The fear? That they will always be alone. Many of these folks can benefit greatly from relationships that include touch. All of us, male and female, sometimes need to be held.

Have you ever initiated sex when what you truly wanted was physical tenderness and comfort? I certainly have. Fortunately, the desire for sex and tenderness often overlaps, allowing us to receive both simultaneously. But sometimes we need more of one than the other. Hopefully, we can develop ways to communicate what we need, assuming we’re able to recognize those desires.

So what about friends with benefits? Everyone seems to know someone who has enjoyed buddy sex (getting together for sex only). The media make it seem that this is all the rage. But how many of us know someone who has successfully maintained a long-term relationship of this type? I can’t think of anyone.

Perhaps friends with benefits is one of those things that works better on paper than in real life. Or maybe some people tried buddy sex but the dynamic changed when they fell in love and ended up as a committed couple. Or perhaps it’s something people resort to when they’d prefer romance but fear they can’t have, or don’t deserve, it.

Friendship, for all its glory, is often much maligned. Most of us have had the experience of feeling hurt when we overhear someone we care for talking about us: “Oh, her/him? They’re just a friend!”