When It’s Cold and Dark and You Hate Everything 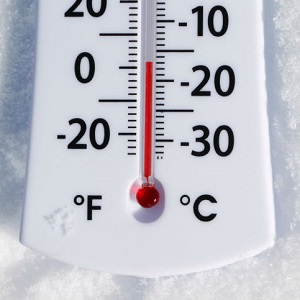 On January 7, all 50 of the United States were suffering; an arctic blast, called a polar vortex, was freezing us out. Many places were buried in snow. The weather news kept playing scary music and talking about frostbite. Did going outside mean instant death? Would the polar vortex kill me?

I was going to find out. I had to.

I live in New York City; usually I walk wherever, often through Central Park on my way. Today, it was too cold to walk, so I was taking the bus.

I decided I really did not care what I looked like on Tuesday morning. It was 4 degrees outside, and I had goose bumps on my head. I wore two pairs of pants, double socks, long underwear, a thick sweater, another sweater, and a polar fleece vest over that. Very warm boots. Arm warmers and gloves. A warm hat—yellow, my favorite. A red and black tartan woolen plaid scarf which I tied over my nose so that, if it fell off from the cold, I could catch it and proceed to the nearest emergency room for nose reattachment.

My coat was a heavy parka guaranteed to help you survive in minus-50-degree weather. I was ready for the North Pole, but I didn’t have to go that far. Luckily I was headed across town, to the west side on a street near the Hudson River, where it’s colder and windier than on the east side, where I live. I thought about staying home, but I was afraid of peer pressure if I played hooky. I didn’t want my friends to think I was a wimp, especially since I am.

Everybody else was taking the bus, too. We huddled together and tried to create our own warm, little biosphere under the bus shelter. Not really. We eyed one another to figure out who would push onto the bus first. The wind chill was 20 below. This was a take-no-prisoners situation.

The bus took forever to appear, and there were no taxis! Then the bus finally came and took off west, but when we got to Central Park there was a sudden detour; the road was closed, blocked by a police car. No traffic was allowed through Central Park. I wondered why. A car accident? Black ice? Roving bands of starving wolves? I called my friends to say I would be late, although I thought maybe I should call and cancel. I traveled on. I thought about those crazy people on vacation in Antarctica, stuck on a ship that was caught in the ice.

The bus needed to find another route to the west side. It turned around and passed very near my house. I was back where I had started, and I thought about my warm living room and almost packed it in, but I had made a commitment so I was on my way, even though I was in a really bad mood because this was going to be long trip and I was never going to be on time. I had stuff to read to take my mind off my suffering, but I didn’t want to. I agonized instead. I fretted about being late. I stared at the mounds of dirty snow and worried about the ice. The bus was freezing, too, and every time the doors opened, an ill wind penetrated the interior of the bus and my interior, too. EVERY TIME! Why was I doing this? Why had I called saying I’d be late, when I just as easily could have said I was staying home? What was wrong with me? I gazed out the window, on the lookout for roving packs of wolves.

Eventually I made it to Broadway and West 79th Street. I had seven more blocks to walk, but I knew I could make it. I decided that since I was already late I’d stop on the way and get some hot tea. I went to the tea place, where the service is horribly slow, so I could warm up.

I got to the meeting half an hour late (I am never late), but clearly my lateness was weather related—I had phoned ahead. Three people never made it to the meeting. Wimps! I had no reason to feel guilty. Not too much, anyway. Afterward, as usual I went out for lunch with my friends. We went to our favorite restaurant.

I thought I was safe, but I did not know what tragedy was lying in wait.

During lunch, the waiter accidentally spilled ice water on my coat, but I didn’t know it and the water just sat around lolling and pooling on my parka, flooding the fake fur on the hood into a bad wet hair day. After lunch (delicious grilled cheese with salad) I put my coat on, steeling myself to face the frigid weather, and discovered that my coat was ALL WET! It was 6 degrees outside, and now I really would freeze—my coat would, anyway, with me shivering inside it. I held it up to see just how wet it was. This was a signal for the manager to come over and ask me what was wrong. I whimpered, moaned, and reminded him how cold it was outside. Oh, what would happen? Would my coat turn to ice, with me in it? Would I get frostbite and die? Would my nose fall off? I was subjected to a polar vortex of anxiety and indignation.

He offered to send my coat out for dry cleaning. Very time-consuming; I was going to work, so not a good solution. Then he said he’d use the hand dryer in the bathroom to dry my coat. That didn’t sound too great, either, but he offered to do the heavy work and it’s a really good dryer. The waiter came with a roll of paper towels, and the three of us, helped by my good friend Aideen, patted the coat down. Luckily the wet had not penetrated the lining. It’s a parka. It’s water resistant. But the outside would be ice.

What would it be like to wear a frozen coat? Would I be able to move? Would I be stiff like the Tin Man in The Wizard of Oz? Would a dose of oil be of help? Does oil work on ice, or do you need to be rusty?

On the other hand, maybe my frozen coat would be like an igloo, which keeps the cold out and the people inside pretty warm, or so I’ve heard. I really didn’t want to test it out. I thought about those boat people in Antarctica again. What is their problem? They are on the news 20 times a day, talking about how fine they are. If they are so fine, how come they are on the TV news all the time? Mostly the news shows people who are not fine, not fine at all. Instead they keep smiling and saying they have enough food (probably frozen), but clearly they want to get off the boat and go home and eat some fresh salad. Maybe with a little soup and a grilled cheese sandwich.

Finally, with a mostly dry coat, I went back outside, waited (again a long time) for the bus, and made it back to my office, where it was warm and homey, which made me feel good. I started forgetting my mad. Was life really that bad?

It certainly can be. But this time, not so much. The waiter spilled ice water on my parka, and I didn’t notice, but that’s because I was having a good time with my friends. I was lucky to have a really warm coat that is water resistant.

I remembered what I had decided to do this year: develop my gratitude practice. Sometimes it’s hard to figure out what to be grateful for, and when that happens I feel like an idiot—what, I can’t think of ONE THING good? Please! Here was my golden opportunity.

I thought about it while I waited for the bus, which was late, but then again, there was one. It was not like waiting to be rescued by an ice boat that gets stuck in the ice, and then another boat comes to rescue that one and it gets stuck too, and so on. And you think you have to keep smiling and telling everybody how fine you are, when you want to say, “We’re stuck. It sucks.”

I salute the Metropolitan Transit Authority, which runs day and night most of the time, if not always.

Gratitude in the Year Ahead

Every morning before I get out of bed, I think of one good thing. Now and then that’s hard, but it’s always possible.

Later on I meditate, sometimes about gratitude, or just watching my breath, or about compassion. Then I can even have compassion for myself, for how I hate to get out of bed and go outside when it’s cold and dark and icy. So I hate it; so do a lot of people. Others like it! (I wonder about them.) I tell myself not to whine and just get on with it. Maybe I can whine a little if I really need to.

What’s the best way to survive obnoxious circumstances? Count your blessings and turn the page. Feed your gratitude, not your attitude. Whine a little.