What Nonmonogamous Couples Can Teach the Rest of Us 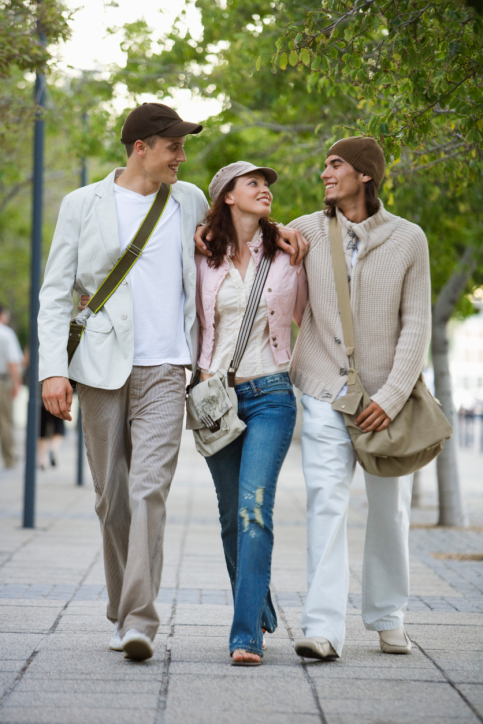 Shortly after news about the Ashley Madison site breach hit the press, I heard many couples express fear of the unknown in their partnerships. Questions normally left unasked—questions about fears of abandonment and betrayal—were suddenly on every couple’s therapy agenda. Could this happen to us? Will she leave me? Is he having an affair? Does she desire someone else?

The Ashley Madison site was specifically marketed to those who were interested in having secretive affairs—the nature of which destroys trust and can disrupt the very foundation of a relationship. The idea of a partner desiring emotionally or physically intimate interactions outside of the primary relationship is one that haunts many monogamous couples. Nonmonogamous couples, however, generally do not immediately identify these outside interactions as dangerous or threatening. In fact, they often create opportunities to engage in interactions outside of their primary partnerships.

Communicate Openly and with Empathy

This seems like it should be a no-brainer, but all too often couples become stuck in a loop of defensiveness and blame that usually ends up leaving both partners feeling misunderstood, invalidated, and emotionally drained. When couples are willing and able to communicate and listen to each other with empathy, it presents opportunities to help each other feel validated, understood, accepted, and heard.

Write Your Own Relationship Rules

Contrary to popular belief, many nonmonogamous relationships have rules. Nonmonogamous couples spend time discussing and crafting language to identify what they can do and what (or who) is off-limits.

Many couples in non-traditional relationships will tell you that this type of communication is crucial. When couples take the time to openly talk about how they would like their relationship to look and feel, they are able to craft a relationship imbued with shared values that is reinforced by their everyday language and behavior. A shared-values activity with your partner can help start this conversation.

When couples take the time to openly talk about how they would like their relationship to look and feel, they are able to craft a relationship imbued with shared values that is reinforced by their everyday language and behavior.Being social and watching your partner socialize (or be intimate) with others is something common in nonmonogamous couples. Not only does it evoke a sense of mystery, but it often reminds the other of the positive characteristics that attracted you to him or her in the first place. Invite a little mystery back into your relationship by watching your partner socialize from afar.

Creating safe and consensual spaces to explore your and your partner’s desires can be incredibly powerful for couples (think: Fifty Shades of Grey or Story of O). For swinging couples, there are venues that provide the space to engage in intimate play, but if you are in a monogamous relationship, pick a time and a place to allow your partner to talk to you about his or her fantasies (and if you’re feeling bold, perhaps even act them out with each other).

In many nonmonogamous relationship types, couples are challenged to listen, empathize, validate, and respond to their partners. These relationships question social expectations and invite couples to create a dynamic dialogue within and about their relationship—one that directly speaks to a couple’s shared principles. While a nonmonogamous lifestyle is not for all, there is a lot to be learned and gained from understanding and practicing the elements that make these relationships work.