Addiction and Judgment: What Happens to the Family Struggling with Addiction? 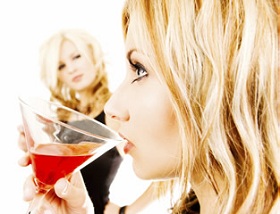 When a family member is struggling with addiction the entire family system suffers. Life inside the family system can become a rollercoaster of emotions. It is common for parents to blame each other or themselves when their child is suffering from addiction. All family members are affected with the chaos that addiction brings to the family unit. Emotions often range from denial, grief, fear, anger, shame, and a tremendous sense of loss.

An Individual Addicted to Drugs and Alcohol maybe Closer to home than you think!

For these young people we may hear the following comments: “My kids would never take drugs! Where did he get that? How did his parents not know? Oxy is just a pain killer how could that kill him? He must have been from a bad family. His family did not care enough to pay attention to his mental health. He probably had problems his entire life. I’m glad my kids weren’t friends with someone like him. What a loser. What kind of college is that? I’m glad my kid just drinks and smokes weed! At least my daughter just gets drunk she doesn’t do drugs. My daughter said she never drinks. My son has too much going for him to consider taking drugs. If she has a drug problem why doesn’t she just quit? That person is weak it only takes will power to quit.”

These are some examples of people being judgmental without understanding the disease of drug and alcohol and addiction. The situation I am referring to is what happens to the family of the person struggling with addiction. Before jumping to conclusions and passing judgments on others it might be helpful to educate yourself and look at the other side of this painful situation.

Addiction to drugs and alcohol is a family disease and dealing with it effectively involves the whole family getting an understanding of the disease in order to deal with it as a united front. Individuals that are addicted to drugs and alcohol are typically bright smart people that are unfortunately affected by this cunning baffling and powerful disease.

It is important to remember that individuals that suffer with addiction can get help and learn to live in recovery.  Living in recovery does not mean that relapses will not occur. Addiction is a life long disease. If relapse occurs a person struggling with addiction can continue to fight this battle and be in recovery again. I believe it is important never to give up hope. It is also essential for the family of a person struggling with the disease of addiction to go on with their lives.

Individual and family therapy can be a useful coping tool and a helpful resource during this difficult time. Living with addiction in the family can be overwhelming. Practicing self-care is important for survival.  Attending Alanon family group is one way to help the family cope with this disease.

A common saying in Alanon is that it is important to “Place the oxygen mask on yourself first before you put it on someone else.”