What Dreamwork Can Reveal about Recurrent Dreams 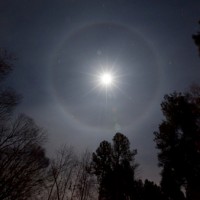 Dreams provide an alternate vantage point to the one from which we habitually view our situations and behaviors when awake. Whether dreams hold meaning, or whether meaning is made when dreams are actively examined and processed, is open to debate. They’re a matter of how you value them. Some people in therapy resonate to dreamwork, and some therapists find it an effective component of treatment. In this article we’re going to look at work done on recurrent dreams.

“Mary” is in her mid-60s. “Ben,” her husband of over 40 years, died last year. Mary came to therapy to address bereavement issues, noting that “this is taking longer than she thought.” Early on, she wonders if she’s stuck and cites not having any dreams about her husband as possible evidence of this.

I ask her about dreams in general. Is she an active dreamer? Had she dreamed of Ben before his death? Yes, she says, she always dreams, sometimes very disturbing things. Her husband had figured in her dreams throughout their life together. This stopped around the time of his last hospitalization and subsequent move to a skilled nursing facility.

When I ask her about disturbing dreams, she says she has one that’s especially fearsome, that “always comes back.” There are variations, though the setting is usually her grandmother’s house. In one version she’s bringing plates of food from the kitchen to the dining room. Her grandmother sits at the head of the table and tells Mary to join them. In a second version the meal has been eaten and Mary is clearing the dishes away. The family decides to go for a walk. Mary’s grandmother tells her to take care of the dishes later and join them. Mary reports having this dream since she was 6.

I ask her what happened when she was 6. She tells me that was when her grandmother died, then that all the family members in the dream are deceased.

I ask her to tell me about her grandmother. Her grandmother—Mama—had been the matriarch of the family, often filling in for Mary’s mother, who “lived her own life.” Mary had been Mama’s favorite. When she was dying, Mama stated a desire to “take Mary with her because no one else could take good care of her.” Mary recalls that her great-aunt took this seriously, covering the mirrors after Mama’s death in order to decrease the chances of any interactions between this world and the other world.

We look at what the images of “eating with the dead” and “going for a walk with the dead” mean for Mary. Her immediate response is that she wouldn’t be able to get away from them again, i.e. would join them in death. As we tease this out, she describes a process that once begun would leave her control, in which she would lose all volition. As we open this imagery and make it more available to reflection and integration, I note the similarity to themes in mythology and fairy tales. Persephone eats pomegranate seeds in the underworld and ever after is committed to spending half of each year there. Travelers who go “under the hill” in Celtic tales, if they return at all, find that time has passed at a different rate in the conscious world.

In this dream, Mary uses trickery to avoid joining the dead. She tells Mama that she has to go into the kitchen for the main dish, or falls behind to fasten her shoe. Once out of sight, she flees out the door or around the corner.

I reflect this trait of trickiness to Mary. We spend time expanding on it and linking it to her daily life. She tells me how she bargains with the gardener to get him to move her trash cans, how she hunts for bargains and makes use of coupons, or parries suggested visits from family (the living ones) without ruffling any feathers. This gives us a platform from which we can address the relative strength and energy of the ego, and in doing so consolidate them. I also reflect that in a lifetime of having this dream in which the dead invite her to join them they’ve never prevailed. I acknowledge her anxiety about feeling at risk for being “taken” by a process that would decrease her ability to function. That’s scary. But I also note that according to the dream she seems to be a match for the dead. She laughs and tells me it’s touch-and-go sometimes, but seems pleased to let this stand.

The dream expresses anxiety about loss of control that will result in a loss of self. It captures the world view of a 6-year-old. We sketch a rough timeline and note it tends to occur when Mary feels particularly overwhelmed by events. It expresses her concern about sanity and “holding her life together” in the face of heightened pressure. Mary explains that part of her mother’s “living her own life” entailed what was then called a nervous breakdown, which Mary associates to her mother’s style of living.

We identify that dreaming of her husband feels like it will put Mary at risk, that there’s currently a safety switch in place that stops that from happening, and let the matter rest there. Sometime after this, Mary reports the first of a series of dreams about Ben. While these dreams are not without their own anxiety, they provide a framework in which Mary processes the loss of her husband.

Clearly, dreamwork is nothing like a science. Messy, based on associations personal to the dreamer and odd pairings of image and feeling tone, it’s more like weaving a fabric that incorporates both nonrational material and the products of conscious reflection. Yet it can be a place where meaning is made, and thus a practice of value to people in therapy.